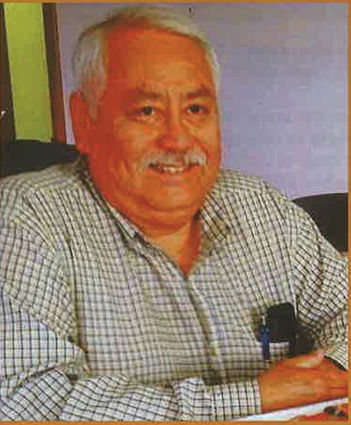 Genehake (Butcher), 67, of Harlem, MT, began his journey to the other side on Tuesday, October 22, 2019 after a short but fierce battle with pancreatic cancer. Raymond Duane Gone, loving husband, father, and grandfather, was Aaniiih Nakoda and Metis. He was very passionate about his tribal culture and very knowledgeable of the Aaniiih people.

Raymond Duane Gone was born on April 29th, 1952 at the Fort Belknap hospital, to Raymond Thomas Gone and Irma Mae Gone. He lived and grew up in Hays, MT with his parents, two sisters, Marilyn and Cyndee, and brother Lyle. He attended St. Paul's Mission Grade School and K.W. Burgen in Browning, MT. He attended Harlem High School and graduated in 1970. He married Linda Hawley in 1970 and through this union a son, Warren, was born. In 1971, he became a Certified Master Welder. He took this skill to Berkley for a brief time before moving back home. He began working at Buttreys, where he worked his way up from a bagger to assistant manager over a period of 17 years. In 1980, he married Mel Adams and through this union a daughter, Jeri Lynne, was born. In 1984, he met the love of his life, Deborah Vialpando. Ray took Deborah's daughter, Brianne, as his own. They were married in 1986. The family then moved to Riverton, WY, where Ray took a job as an assistant manager at Woodwards IGA. During this time he became very involved with the reintroduction of the Native American Church and was a active member until mid-2000s. Ray and Debbie had a daughter, Sarah, while living in WY. They then moved back to Harlem in 1993 where Ray worked as the manager of Kwik Stop in Fort Belknap. Then, Ray became the first Fort Belknap Tourism Director in 1994 before ultimately taking on the front-end manager position at Gary & Leo's IGA in Have in 1998. He worked there for 3 years. He then went back to work at Kwik Stop as the manager for 12 years. In 2013, he was diagnosed with prostate cancer and became a survivor. Recognizing his passion for tourism, culture, and tradition, Ray began working as the Island Mountain Development Group Tourism Director in 2015. In 2018, the Fort Belknap Indian Community became a part of the Tiwahe Initiative, Ray took the position as the Tiwahe Cultural Coordinator where he worked alongside his daughter, Sarah. He enjoyed his work with his clients by helping introduce and expose them to their respective cultures and traditions.

Ray was a great storyteller and had an incredibly unique sense of humor. He always tried to get a laugh out of people. He knew so much about the traditional and historical landmarks of the area and Montana. He ran many sweat lodge ceremonies for the people over the course of the years, participated in Sundance ceremonies over 5 years, and was a pipe carrier. He prided himself on walking the red road for the past 19 years through the help of his cultural leaders and mentors. He was an avid Griz, Dolphins, and Yankees fan and loved to attend games with his wife. They also enjoyed going to as many converts as they could. Raymond was able to see his favorite band the Eagles, Bob Seiger, and Rod Stewart. He sat on many boards for different organizations ranging from Tourism to ICWA.