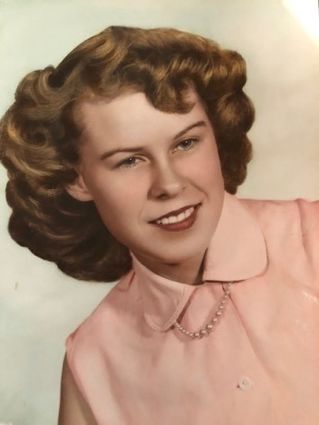 Constance (Connie) Pursley – The world was blessed with this beautiful little angel on December 30, 1936. She was welcomed by her parents William and Ruth (Mord) Campbell, her "big sis" Edie and brother Duke at their home in Turner, MT. Her stepfather was Merrill C. Hood. Heaven gained one more star on November 24, 2019.

Growing up she spent her years in Turner, Harlem and Zurich, MT. Connie graduated from Chinook High School.

On October 1, 1955 she married George Elias. Born into this unity were their girls, Terry Lynn and Tammie Rae. They lived north of Chinook on the family farm. Connie loved gardening and canning the rewards of her hard work. One thing was for sure, after butchering so many "darn" chickens – she never ate chicken. Connie was a stay at home mom most of the years the girls were growing up. She was a great seamstress, making most of their clothes and clothes for the Barbie dolls.

Connie was a fantastic cook making many special holiday meals and she was famous for the rosettes she would make for the community during the holidays. She loved Christmas and even when the girls were adults, Santa still always came. Tinsel on the tree – one piece at a time, unless mom wasn't looking.

Connie later re-married James Pursley in 1991. The couple lived on the ranch north of Chinook. Jim was taken from us in a farming accident but Connie remained on the ranch until just a few years ago. She loved her yard work and flowers. She was especially fond of the yellow rose bush planted in her daughter Tammie's memory. Every year this rose bush flourished giving Connie a great sense of peace.

She had a "knack" with the colts on the ranch and you could find them eating out of her hand out in the pasture. Another joy in life was her little dog Gizzy. If Gizzy couldn't go – Connie probably didn't either.

Connie loved horse racing and was so excited when she was able to attend the Kentucky Derby with Jen Elias and Connie Stanley.

Her grandchildren and great grandchildren were the lights of her life, and she was theirs. Everyone loved going to grandma's. Every Christmas she made special cookies for each -knowing each one's favorite. She always went above and beyond for the grandkids. In her later years they were her strength. 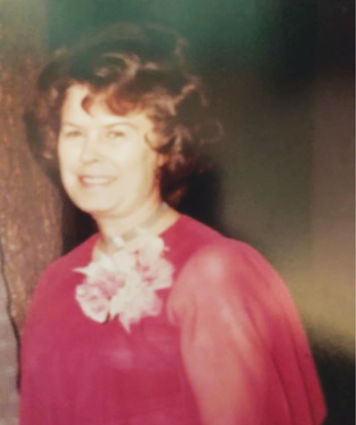 Graveside services were held Wednesday November 27th at 3:00 p.m. at the Kuper Memorial Cemetery with a reception following at the Eagles in Chinook.

In lieu of flowers contribution can be made to the Chinook Senior Citizens Center.