Chinook, Harlem step on the mat this weekend to start the 2019-20 season 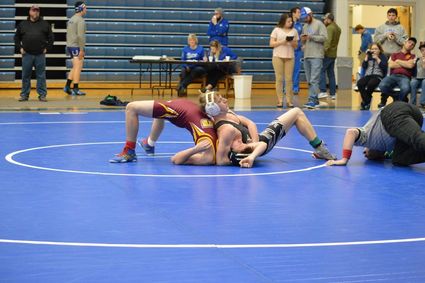 Harlem junior Andrew Rasmussen and the Harlem Wildcats begin their 2019-20 wrestling season this weekend at the Badger Invitational in Cascade.

The Chinook Sugarbeeter and Harlem Wildcat wrestling teams have been hard at work the past couple of weeks in preparation of the start of the 2019-20 season. The wait is finally over. The Wildcats will be at the Badger Invitational this Friday and Saturday in Cascade and the Sugarbeeters will be in Havre at the Blue Pony Invitational.

The Sugarbeeters are once again being led by long time mentors Perry Miller and Adam Tilleman and feature a roster that looks to turn in a successful season.

Senior JT Hauer won a pair of matches in Billings at the state wrestling tournament this past February...