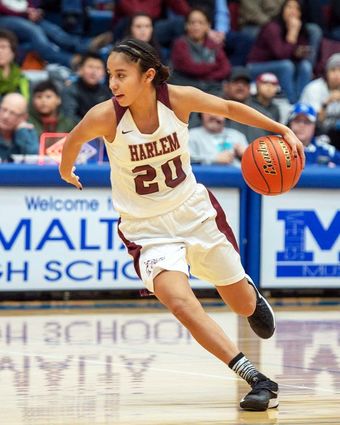 Harlem senior L'Tia Lawrence, above and her Lady Cat teammates will look to make another deep post season fun this season.

The Harlem Lady Cats were spectacular a season ago. They captured the District 2B conference championship, edging out the Wolf Point Wolves for the regular season title. The wolves returned the favor at the District 2B Tournament, leaving the Lady Cats with a second place finish. The Northern B Divisional belonged to Harlem, earning their first crown in school history, advancing to the State Girls B Tournament for the first time. The season ended after two games but the memories remain.

The Turner Tornadoes returned to the Northern C Divisional for the second straight season after finishing...