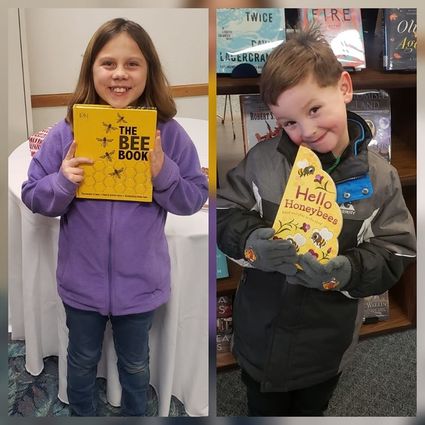 The library will be closing at 6:00 p.m. tonight, due to a scheduling conflict. We apologize for any inconvenience.

Free People Reading Freely chose the book "Where the Crawdads Sing" by Della Owens for our next meeting, which will be Monday January 20, 2020. We have copies of the book and the audio book available. New members are welcome to join us.

The display table has a variety of Christmas books for the month of December. Whether you are looking for a quick story, a craft idea or a cookbook, you can find it on display.

We have a few new books available this week. "Noel Street" by Richard Paul Evans is set in the year 1975. Elle Sheen-a single mother who is supporting herself and her six-year-old, African-American son, Dylan, as a waitress at the Noel Street Diner-isn't sure what to make of William Smith when his appearance creates a stir in the small town of Mistletoe, Utah. As their lives unexpectedly entwine, Elle learns that William, a recently returned Vietnam POW, is not only fighting demons from his past, but may also have the answer to her own secret pain-a revelation that culminates in a remarkable act of love and forgiveness. A young woman is caught up in a dangerous double life on behalf of her country during World War II in "Spy" the thrilling new novel from Danielle Steel. Fans of Alex Cross will be excited for "Criss Cross" by James Patterson. In a Virginia penitentiary, Alex Cross and his partner, John Sampson, witness the execution of a killer they helped convict. Hours later, they are called to the scene of a copycat crime. A note signed "M" rests on the corpse. "You messed up big time, Dr. Cross." Was an innocent man just put to death? Alex soon realizes he may have much to answer for, as "M" lures the detective out of the capital to the sites of multiple homicides, all marked with distressingly familiar details. Details that conjure up decades-old cases, details that conjure up Cross family secrets, and details that make clear that M is after a prize so dear that -- were the killer to attain it -- Alex's heart would no longer have reason to beat.

There is always something going on at the library. Check us out on Facebook or look us up on our website at http: http://www.blainecountylibrary.org for up to date information about what's going on!