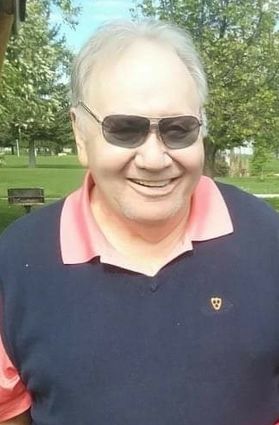 Lawrence Edward Azure (Larry Azure Sr.), 73, passed away at St. Vincent Hospital in Billings, Montana on November 27th. 2019 due to complications from surgery.

Lawrence was born October 31, 1946 in Chinook to Edward and Edna (Gardipee) Azure. He attended school in Chinook before starting a career in masonry at an early age with his uncles and later owning and operating his own masonry company with his sons in Havre. His work can be seen all along the Montana Hi-Line.

Larry Sr. was an avid golfer. He played in tournaments with his friends, sons and relatives all over Montana as well as Canada. Later he enjoyed casual golf outings with his grandchildren. He had many other interests including bowling, fishing, and boxing. In his younger years he was a very good boxer. In recent years he resided in Bozeman where he enjoyed watching his grandkids play sports.

Lawrence is preceded in death by his parents Edward and Edna Azure, brother Gary Azure, and son Sheldon Brough.

Please join us for a Memorial Service on Saturday, December 28th at The Chinook Alliance Church starting at 11am with a luncheon to follow.