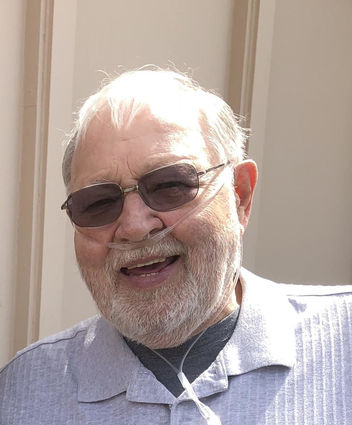 William James "Bill" Taylor, 79, passed away due to natural causes at his residence on Sunday, December 8, 2019. Cremation has taken place, and memorial services were held at 1:00 p.m. on Monday, December 16, 2019, at the Blaine County Funeral Chapel, 311 12th St. W, Chinook, MT with Mike Borody officiating. Holland & Bonine Funeral Home has been entrusted with services and arrangements. Please visit Bill's online memorial page and leave a message of condolence for his family at http://www.hollandbonine.com.

Bill was born on July 30, 1940, in Libby, Montana, to Glenn and Gladys (Hartsock) Taylor. He was raised in Libby, graduating from Libby High School in 1958. He worked for a few years, and then in 1962 Bill enlisted in the US Air Force, and served until his honorable discharge in 1966. While in the Air Force, he met Mary John McDonald, and the couple married in March of 1967 in Libby. The couple moved to Bozeman, where Bill obtained his Bachelors Degree in Education from Montana State University. He taught industrial arts at Billings West High School and Polson High School, and then elected to go on to obtain his Masters Degree in Education Administration from University of Montana in Missoula. He then worked in administration, as a principal in Arlee for 2 years and Harlem for 2 years, and then as Superintendent in Dodson for one year. After so many years in secondary education, Bill then turned his attention to postsecondary education, and he worked as a grant writer and as a principal investigator of grants at Fort Belknap College. In 2005, Bill retired from education, and in 2009 was elected Mayor of Harlem, serving eight years. He also had a successful logging company in Lincoln County in the 70's.

Bill was an avid fisherman and hunter, and he enjoyed watching college basketball and college and professional football. He was in his element spending time with his family and friends, and he truly adored his grandchildren. His first great-grandchild was born in the last few years, and he was completely thrilled.

He was preceded in death by his parents Glenn and Gladys Taylor; brothers, Robert and Jack Taylor; and sister Beverly Miller.