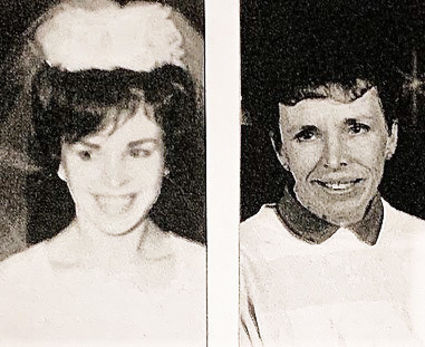 Rosalie Ann Perrine, age 72, of Chinook, MT died December 25th, 2019. Rosalie was born February 2nd, 1947 in Malta, MT to Joyce K. and Armand A. Tremblay. She was later adopted by Joyce's second husband Jens P. Olson. She graduated from high school in Malta, MT. Rosalie married Wallace M. Perrine on June 3, 1967 in Great Falls, MT, where they made their first home and son Michael was born. Their son Mitchell was born in Boise, ID, and daughter Michelle was born in Tri-Cities, WA, where they lived for many years before returning to Montana. Following their divorce in 2007, Rosalie resided in Chinook for the remainder of her life.

Rosalie worked outside the home prior to having children, then worked as a homemaker and mother until her return to Montana later in life. She enjoyed living and working in Chinook, helping at several businesses and local events over the years which allowed her to make many friends. Rosalie kept an immaculate and always beautifully decorated home and yard. She was very talented in all types of sewing and crafts, and could turn a shabby second-hand store purchase into something amazing with a coat of paint and some bedazzling. Rosalie loved animals of all kinds, owning many different pets throughout her life, including farm animals. She enjoyed viewing wildlife and particularly enjoyed birdwatching at the many bird feeders and bird baths in her yard.

At Rosalie's request, there will be no formal services. An informal gathering will be planned for late spring in Chinook, MT for her family and many friends who will miss her greatly.