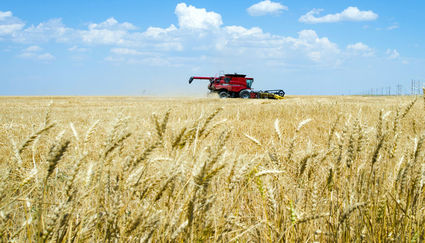 The Farming and Ranching industry, a vital part of Blaine County's economy, received a boost with the three major trade deals being finalized and signed into law. The USMCA, The US-China Phase One Trade Agreement and the US-Japan Trade Agreement have given area producers a positive outlook heading into the new year. After an extended period of wondering and back and forth it seems the industry has some stability moving forward.

Regardless of what side of the aisle you find yourself on, or if you stand in the middle, the three recent trade deals signed into law by President Trump have impacted local farmers and ranchers in a huge way.

How we got here and whether it was the right way to achieve these trade agreements is a topic for a much larger circulation. What is important to us is our local producers. This is where we are at now, and how these deals will affect all of us, directly, is largely dependent on how those producers in our community feel about it.

Blaine County's number one industry is unquestionably Agriculture. Farming and Ranching is at the root of our 100 plus year existence. The recent Trade War, imposition of Tariffs and burdens put on those operations are undeniable. Many are thankful and believe it was well worth it, still others feel like it was unnecessary to impose such a burden, but one thing is certain, all agree it has been a long time coming.

"I think it's wonderful anytime we get something like this done," said Jon Harmon, a wheat producer in Blaine and Hill Counties. "The previous NAFTA deal was a bit one sided and hopefully this new deal works out for us. I think it will."

The United States-Mexico-Canada Trade Agreement (USMCA) was actually the first of the three agreed to in principal but in the end the last to receive President Trumps signature. The USMCA replaces the old North American Free Trade Agreement (NAFTA), an agreement that many local producers thought put American producers at a disadvantage when it came to trade between the three countries.

"I think the speculation of it getting signed has already helped us out," added Harmon. "At harvest time I was getting $3.75/Bushel, now it's more than $5. That's significant."

The trade war with China and the resulting back and forth that resulted in billions of dollars in Tariff's being attached by both countries to products going back and forth significantly affected commodities all across the United States, affecting producers and consumers alike.

Phase One of the United States-China Trade Agreement was signed last week and brings both sides back a bit from what has been a contentious dispute. After nearly two years of bitter back and forth exchanges between the two super powers, having this deal in place is a huge step forward to a permanent resolution.

In addition, the United States and Japan have reached an agreement on a new trade package between the two countries that should significantly improve trade for the agriculture industry and more specifically the beef industry.

"I'm really hopeful everything will work to our advantage, especially the deal with Japan," said local cattle producer Alan VanVoast. "Japan has been pretty restrictive in the past and the new deal relaxes some of those restrictions. Makes it a fairer agreement for us. We have a good product and hopefully they will develop a need for more of it."

The farmers and ranchers felt the burden the most and while times were tough many feel like the exchange was worth it, "I'm willing to put up with some temporary discomfort for years of fair trade," added VanVoast. "Sometimes to get what you need you have to play hard ball and we're willing to do that for a positive outcome." 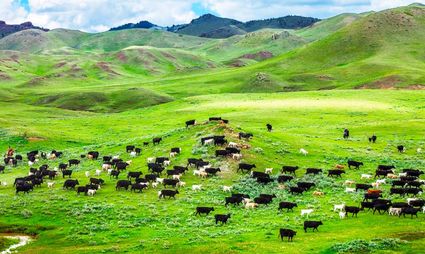 The Farming and Ranching industry, a vital part of Blaine County's economy, received a boost with the three major trade deals being finalized and signed into law. The USMCA, The US-China Phase One Trade Agreement and the US-Japan Trade Agreement have given area producers a positive outlook heading into the new year. After an extended period of wondering and back and forth it seems the industry has some stability moving forward.

As far as the three deals all being signed in rather close proximity to each other, the outlook for the upcoming year has gotten a lot brighter for area Ag producers, "The optimism these deals provide makes looking forward to the new year that much more enjoyable," concluded VanVoast.

The Montana Stockgrowers Association (MSGA) joined in showing support for the recent trade agreements. In a press release MSGA President Fred Wacker stated, "We are very pleased with the announcement that President Trump has negotiated and signed a Phase-One trade agreement with China, which will significantly benefit our Montana producers.

"We see this as a real positive movement for the beef industry," added Jay Bodnar of the MSGA.

The USMCA passed by a Senate vote of 89-10 and is expected to create 180,000 new American jobs. National Cattlemen's Beef Association President Jennifer Houston said, "The deal with China will reduce barriers to a market with one-fifth of the worlds population. We know that when they get a taste of this beef, this market is going to absolutely explode and be a positive event for all of America's Beef Producers."