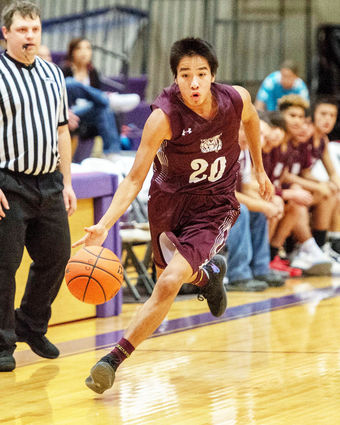 Harlem sophomore Daniel Henry has been a major scorer for the Wildcats all season long and has contributed plenty to their efficiency from distance in recent weeks. Henry scored 15 and knocked down a trio of threes Saturday afternoon in Poplar.

The Harlem Wildcats stayed hot from beyond the arc this past weekend improving to 9-1 in the season in the process. After scorching the nets for 15 three point bombs in a lopsided win over Glasgow, the Wildcats dropped 17 from distance in a 110-63 win over the Poplar Indians Saturday afternoon. Friday the Wildcats drained 10 triples in a 92-59 win over the Box Elder Bears.

The Chinook Sugarbeeters cross the midway point of the season with a 8-2 overall record. Chinook rolled to a 86-57 win over the North Star Knights in Gildford Friday. Saturday a depleted lineup had the Sugarbeeters on the...