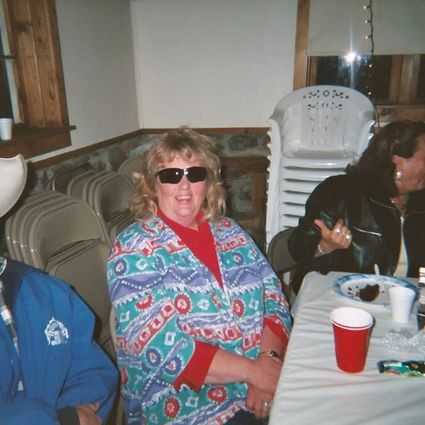 Margret "Weed" Opal Strauser, 60, of Zurich, Montana, passed away due to natural causes in her home Sunday, January 19, 2020.

Services will be held at the Church of Jesus Christ of Latter-Day Saints in Chinook, Montana Friday, January 31, 2020 at 1:00 p.m.

Weed was born August 21, 1959 in Great Falls, Montana, to Doris (Patefield) and Everette Strauser. She attended Harlem High School and was active in 4-H and rodeo. Weed qualified and attended National High School Rodeo Finals. She graduated in 1977.

Through the years she helped on the family ranch, day rode for people, attended her flock of sheep and drove truck and school bus. Most recently worked for the Blaine County Weed and Mosquito District.

Weed married Dirk Drugge but later divorced. She married Bob Allen and had one son, Cody Allen. Bob and Weed divorced, however Weeds life was full, with the addition of Cody. This last September, Cody gave her the ultimate gift of a granddaughter, Taylin Marie Allen.

She was well known for her sense of humor, wit, and laugh. She could be counted on to show up for her close friends and family in an emergency.