6 Chinook and 2 Harlem Wrestlers advance to the State Tournament 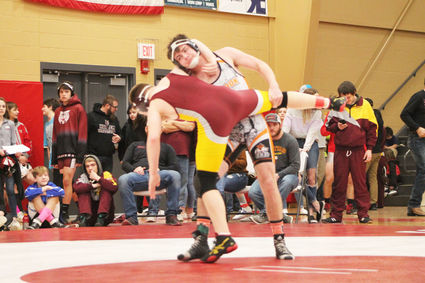 The Chinook Sugarbeeters and Harlem Wildcat wrestling teams were in Conrad this past Saturday at the Northern B/C Divisional.

With realignment coming next year to include two divisional tournaments instead of four, this was the final time for the Northern B/C to be held.

The top four wrestlers in each weight class would advance to the State B/C Wrestling Tournament this Friday and Saturday at the Rim-rock Auto Arena at Metra Park in Billings.

The Sugarbeeters took seven wrestlers to the Northern B/C and qualified six for the state tournament. The Wildcats took five to compete in Conrad and...