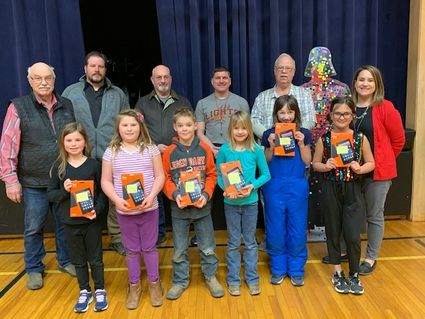 In an Awards Ceremony on Monday, March 2, several students at Meadowlark Elementary School were recognized for their achievements earned during the month of February, which had been designated as I Love to Read Month. Seven students were also awarded with Kindles for their reading achievement.

School librarian Mrs. Kelsey Harry announced that Meadowlark Elementary students took and passed a total of 901 Accelerated Reader (AR) tests. The class with the most tests taken was Mrs. Edwards' first graders, with a total of 293 tests passed. For that accomplishment, they earned a special party....