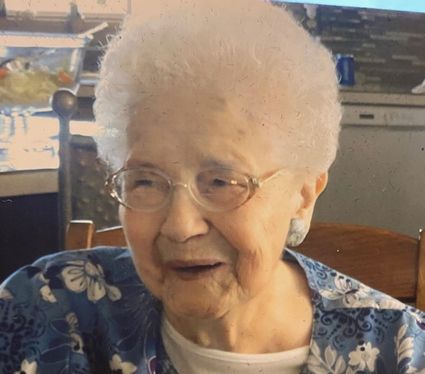 Avis was the youngest of eight children born at home to Arthur and Rose Wilcox on October 12, 1929 at 601 Illinois St in Chinook.

Avis was a life-long member of St. Gabriel's Catholic Church where she was active in Altar Society, the prayer chain and choir. She was a typist for the Chinook Opinion, a transcriptionist for the Sweet Medical Center, a member of the VFW Auxiliary, Thursday Night Bowling League member, Powder Puff Stockcar driver, Boy Scout Den Mother, Blaine County Extension Office Secretary, the Title V. Secretary and Care Giver to her Mother, Rose Wilcox.

Avis was preceded in death by her parents, her husband, one son, three brothers, four sisters, a granddaughter, a nephew, a great-nephew and numerous in-laws. She is survived by her five remaining children, 18 grandchildren, 20 great-grandchildren and numerous nieces and nephews. Such a legacy of love.