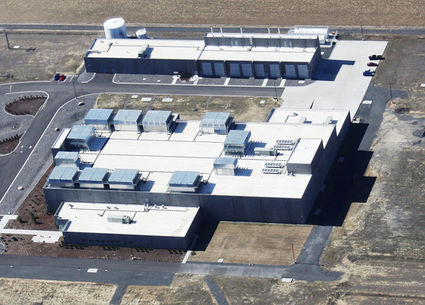 This aerial photos shows the Dell Western Technology Center in Quincy, Washington. Dell's facility is one of seven data centers located in the rural, central Washington city. Data centers were built in the region based on reasonable land costs and a vast supply of hydro power from the Columbia River basin system. Many businesses are moving their data handling to rural areas.

Experts in electronic data storage, systems engineers, architects and site developers have been scouring the Sweet Grass Hills looking for a site for a place to build a mega data/colocation facility. It's part of a trend for businesses to construct data centers to house network computers and data storage off-site in rural areas. The new facility will employee highly trained specialists and support staff to operate its computing and storage capabilities. At this stage of the project the name of the international company looking to build has not been released.

Trends in electronic data storage and mobility patterns of millennials

The proposed siting in north central Montana follows two current practices affecting where companies are locating new data centers. A current trend is to build facilities where cheaper land can be obtained for initial construction, affordable and reliable power is available and construction designers can take advantage of a cooler year round climate that reduces power needs to keep the huge computers cooled. Recognizing the potential to draw new jobs to the state, Montana's legislature passed a property tax abatement law in 2019 that can reduce the cost of a company's first five years of property taxes by as much as 75%.

Officials with Montana's Department of Commerce, which is charged with helping new industrial operations locate to the Treasure State, point to the success of Quincy, Washington. Quincy, a farming area, is home to seven facilities with a combined 2.5 million square feet of space for handling electronic data. The major draw to Quincy, in addition to available land, was cheap energy from the hydro-electric power stations on the Columbia River.

Secondly, rural living has become more popular with professionals. Recent studies of population migration show an increasing desire of professional, college-educated millennials to move to rural areas. Millennials moving to rural areas, described in the literature as "rural brain gain," are looking for "a slower pace of life, more safety and security (especially families with young children) and lower housing costs." Montana's new business promoters noted, "The area around Whitlash meets the desires of these 20 to 40 year-olds looking for country living." They added, "Whitlash could be the next Quincy!"

Reacting to the possibility of a new data center in the Sweet Grass Hills, a spokesperson for the Montana Congressional delegation said, "We support efforts that will create good paying jobs for hard working Montanans." Both Toole and Liberty County would be directly affected should the new project come to fruition. County commissioners are cautious about the idea "until we hear more details, especially about the property tax abatement." Both counties could face significant challenges to create new infrastructure and upgrade existing services should a substantial number of newcomers move to the area.

The cooler and steady climate in the Hills is a big draw because it would reduce cooling costs. The area is well situated with access to Canada and points south in the U.S. via I-15 west of the Hills.

An Amtrak station in Shelby is an hour away and air passenger access to several major cities is about two hours south in Great Falls.

Visitors to the data center could reach it from virtually any place in the world.

Finding an adequate parcel of land, at least 500 acres, could be a hurdle. The need for "economy of scale" has resulted in consolidation of most small farms and ranches in the Hills to create larger, economically viable operations. Landowners may not be willing to sell off parcels of the size a data storage business would need. More developed land could also put pressure on existing hunting lands in the Hills.

And there is the challenge of recruiting a workforce. In other similar developments the highest paying jobs were filled by a company's current employees who relocated to the new plant. Additional well- paying technical jobs and support staff would require special skills. Regional universities, like MSU-Northern in Havre, have discussed creating special programs to train locals for jobs at the data center. Local high schools may add new academic programs and extra-curricular opportunities for students wanting jobs in the data storage business. 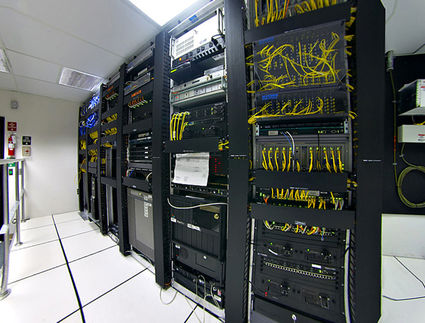 Some data centers are "colocation centers or 'colos'"). Colos are data centers that provide bandwidth, computing equipment, space and facility maintenance to customers that rent computing and storage services without building their own facilities. Data center owners sometimes rent part of their facility to customers until their own demand for computing services requires the entire capacity of the center.

Housing and access to a plant site are also concerns. First, could adequate housing be built in and near Whitlash if a plant went in to the area? As mentioned, most land is in use for agriculture. Workers commuting from surrounding areas would be making much of their commute on roads that are currently gravel. Paving of current roads or building new roads would be a consideration. There's plenty of water in the area but no public water or sewage system. Waste management is another concern. And with the school in Whitlash recently closed and the property sold, providing education to new families could be problematic.

Developers have already reached out to the various utilities in the area to explore how power could be provided to a new facility and what the source might be. Just west of the area is a huge windfarm facility and hydro power is about a hundred miles south on the Missouri River. State government might have to bear the costs of getting power and other utilities to a data center and new housing developments.

Developers say it could "take as much as two to five years" to complete the project. The team doing the site location has a long list of items to complete from finding a location to hiring a workforce. That all takes time.

And this time of year, a big item of caution on their list is "Don't be taken in by any 'fake news' on April Fools' Day"-which is today! Gotcha.