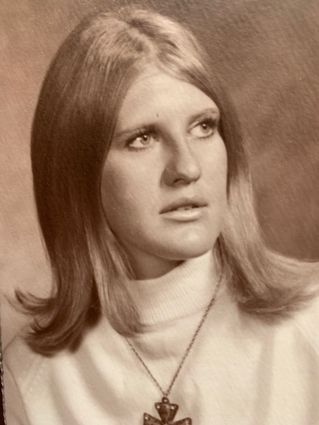 Susan Holman Young, better known as Grandma Susie was born to Gerald and Pat Holman on June 2, 1954 in Chinook, MT and passed away unexpectedly March 21, 2020 in Billings, MT. Susie was raised on the family ranch north of Chinook where she loved working outside with her dad and gardening with her mom.

She graduated from Chinook High School in 1972. Susie loved her friends and family and was always the first to offer help to anyone that needed it. She definitely didn't shy away from any shenanigans that usually involved her best friends Johnny Phillip and Barb, little sister Nita, and a cousin or two. There were many road trips where getting home late got blamed on trains sitting on the tracks! Susie married the love of her life, Bob Young on January 3, 1976 and became mom to Jim, Darryl, Justin, and the ONLY girl, Michelle. She was the apple of her momma's eye.

Susie was an avid bowler and won many pins and patches from state tournaments over the years. Bob and Susie had a successful ranch for 22 years until they moved to Shepherd, Montana in 1998.

In true Susie fashion she made many new friends. She never met a stranger and if you were lucky enough to be a part of her family, you were welcomed with open arms and lots of hugs from day one. Sunday afternoons were spent in "The Country Club" playing pitch with Butch and Connie. Susie loved to ride, especially on Skeeter, whether it be calving in the fall or riding through cattle in the spring with Bob.

She loved gardening and every spring was spent replanting flower beds and her deck planters getting ready for the 4th of July party. Many trips were taken into town with her friend Kristy Norman to get tomatoes and more days were spent with Jerry and Debbie Cossitt working cows with Jerry or attending all the high school proms with Debbie. She especially loved fishing in the summer time while Bob stacked hay; she would always catch little pan sized trout and cook fish and fried potatoes for the two of them.

One of the most important things in Susie's life were her grandchildren; Stacy, Tanna, Shawn, Chase, Austin, Garrett, Caitlyn, Maloney, Gavin, Riley, Cassandra, Abby, Lainy, and Lily. There was an ongoing argument on who the favorite was, but she'd always grin and say "Grandmas don't have favorites". Susie is survived by her husband Bob, her boys Jim Bob, Darryl (Wanda), Justin (Lucy), her daughter Michelle, 14 grandchildren, 5 great-grandchildren; her "other kids" Jessa, Nathan, Bailey 1 and 2, Chance and Matt; sisters Marian, Pedie, Anita, Donna and her brother Chuck. She is proceeded in death by her parents.