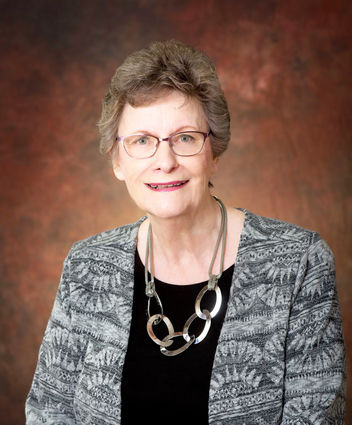 Carol Lynn (Holmquist) DePriest, loving mother and grandmother, passed away unexpectedly on Thursday, April 23rd, 2020 in Havre, Montana, due to complications from a fall, just five short days prior. Graveside services will be held Wednesday, April 29th at 2:00 p.m. at Kuper Memorial Cemetery in Chinook. Arrangements are being handled by Wilderness Funeral Homes of Chinook. A viewing will be held Tuesday, April 28th from 5 to 7 p.m. at Wilderness Funeral Home Chapel, 500 Indiana Avenue, Chinook. Due to the Coronavirus Pandemic, a memorial service will be held at a later date.

As a young child, she lived in Minot, North Dakota until age 2, when her parents moved to Montana in 1947. Carol attended school in Havre until 1963, when at the age of 17, the family moved to Helena. Carol attended her last year of High School at Helena High and graduated in 1964. After graduation, she attended Kinman Business College in Spokane, Washington from 1964 to 1965 and received her certificate in secretarial coursework.

Carol was a stay-at-home mother most of her children's youth. Prior to her divorce, she went to work for Sharples Jewelry in Chinook, until its closure. At that time, she then started her career at Western Bank (now First Bank of Montana), where she worked until her retirement in 2010. After her retirement, she kept busy with her Mary Kay Consulting business as well as in-home health care. Prior to her passing, she was assisting a dear friend, Carol Lux, in her home.

Carol spent most of her retired years enjoying the company of her special dog, Caramel, and taking care of her beloved grandchildren, Dentin, Kolton and Ashtyn. Over the years, Carol was involved in many community groups, one of which was very near and dear to her heart, Jumping Juniper Garden Club. She thoroughly enjoyed gardening and was actively involved in Garden Club up until the very end.

During her adult life in Chinook, Carol spent many days doing ceramics, planting flowers, volunteering on the Chinook Police Commission, helping with Community Events such as the Chinook Chamber's Festival of Trees and volunteering wherever needed.

Her parents relocated to Chinook in 1994, and during that time she spent countless hours helping them at their residence, up until their deaths. On October 19th of 2006, her father, Harold, passed away and on June 1st, 2007, her mother, Alice, passed away, both of natural causes.

Battling Diabetes was something she was constantly fighting. But for those who knew Carol, it didn't stop her from having her favorite carbonated drink, Coca Cola. Amongst other things, she thoroughly enjoyed family gatherings, bird watching, wind chimes, and corn on the cob. She also enjoyed gardening and spending time with her beloved children, grandchildren and friends. She never went anywhere without her hair and makeup done; she even put on her lipstick before the EMT's arrived when she fell.

Carol was preceded in death by her parents, Harold and Alice Holmquist as well as her Grandparents, Erik and Carrie Resvick and Peter and Mary Holmquist.

Carol will be remembered for her kind yet strong will, and her caring nature, she was always generous and willing to help those in need. She will be greatly missed by all who knew her.

Memorials may be sent to the American Lutheran Church or Jumping Juniper Garden Club, both of Chinook.