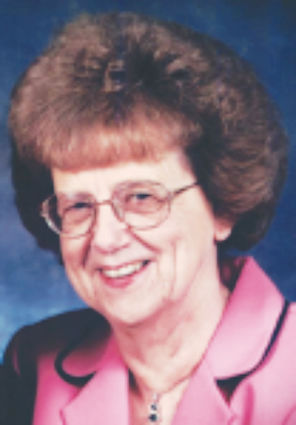 Phyllis was born July 16, 1935 in Harlem, MT and went to be with her Lord and Savior, Jesus Christ on April 24th, 2020. Phyllis was born to Pearl and Olaf Brekke, the fourth of five children and grew up in Harlem with her many first cousins. Her favorite playmates included Lois Cuerth and cousin Alice Brekke. She graduated from Harlem High School in 1953 and then went to work for Buttrey Foods. She met Kenneth Heilig and they were married on April 17th, 1955. They had just celebrated their 65th wedding anniversary. They worked together on the family farm south of Turner for over 60 years and raised four children. In addition to being a great mom Phyllis loved to garden and helped with 4-H as a leader. She was a wonderful cook and especially enjoyed baking for her family. She was also a long-time member of the Big Flat Card Club.

In 2015 they transitioned to the Rocky Mountain Retirement Center. While there she made many friends and enjoyed participating in all of the social activities including cards, puzzles and coloring with them. Over the years she loved the Brekke-Jackson family reunions and was quite proud of her Norwegian heritage. Phyllis was an incredibly unselfish person who lived life to the fullest and had a strong Christian faith. She showed kindness to everyone she met and will be greatly missed by family and friends who love her.

The family would like to thank everyone who called Phyllis, sent her flowers or mailed her cards during this difficult time. She really appreciated Jack Siemens' visits to the Rocky Mountain Center where he shared the message of Jesus and the hope for salvation. Special thanks to the nurses and doctor from Hospice of Anaconda.

A memorial service for Phyllis will be held at a later date. Memorials may be made to the Harlem Senior Center.