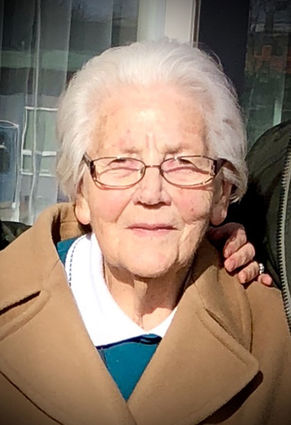 Corrie lived in Holland during the Nazi occupation and was heavily involved in the Dutch underground hiding and saving Jews. Her family home was seized by German sympathizers and subsequently bombed. She lived part of the time in a chicken coop. She was threatened by German soldiers. Still, she stayed strong and courageous and true to her faith throughout and continued with her family in hiding and saving Jews. There is simply too much to say about Corrie and her life at that time. A book could be written about her experiences and heroism. Corrie's name, along with other members of her family, are written on the marble wall at the Holocaust Memorial in Washington DC, listing righteous gentiles for life-saving acts during World War II. Their names are also written at the Holocaust Museum in Israel, where a tree is also planted in her family's name for their heroism.

After the war, Corrie left Holland and spent time in London, working in a children's hospital. Corrie returned to Holland where she happened to meet Otto. Otto had previously emigrated from Holland with his brother, Leonard, to Montana and had returned to Holland for a visit.

Corrie then again left Holland in 1956 and immigrated to Long Island New York, where she worked as a nanny. Otto, being obviously smitten with Corrie, kept track of her, traveled from Montana to New York, courted her and ultimately convinced her to come back to beautiful Montana. Otto and Leonard had approximately 5000 acres of land that they were converting into farmland, irrigation, cattle etc. Corrie then embarked on the hard, and sometimes rough, life of a farm wife. But, she always brought Holland with her. She always made things clean and cozy.

Otto and Corrie had three children, Hank, Wilfred and John. She also cared for her nephews Carl and Brent and her niece Dixie following their parents passing.

In 1978, Otto, Corrie and Leonard sold the ranch. Otto and Corrie moved to Stevensville, Montana where they have lived since 1978. Otto passed on November 22, 2011. Corrie continued to live on her own in Stevensville self-sufficiently until 2016, when she fell and broke her arm. Corrie has been living in the Living Center in Stevensville since.

Corrie passed away suddenly on Sunday morning, April 26, 2020. Corrie was a very strong woman with great faith. She is welcomed home by the loving arms of Jesus, Otto and all of her family who have passed before her. Here, in America, she leaves three sons, three daughters in law, two nephews and one niece and fifteen grandchildren, all who love her deeply and will miss her very very much. She leaves countless others in Holland, who also Love her and will miss her. Welcome home Mom!

Unfortunately, current Covid-19 guidelines preclude a gathering to celebrate her life now. So, we will all be separately celebrating her life for now. We all know she is home now and she will definitely know that we are thinking of her. Hopefully more to follow soon. For more information on Corrie's experiences during World War II, please click on https://collections.ushmm.org/search/catalog/irn510786, which contains a "Oral history interview with Cornelia Knottnerus-Collections Search– United States Holocaust Memorial Museum." Be sure to click on the audio to hear Corrie speak. Condolences and memories may be shared with the family at http://www.whitesittfuneralhome.com.