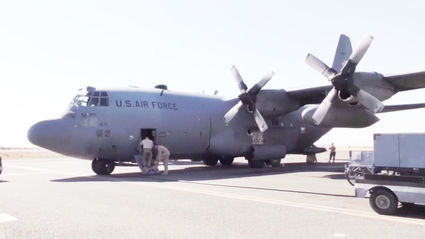 On May 6, two C-130 airships from the 120th Airlift Wing of the Montana Air National Guard at Great Falls conducted flyovers in 21 Montana cities as a tribute to healthcare workers and first responders in the COVID-19 response efforts. One of the air craft took a western route, while the other followed an eastern route. Harlem was one of the cities on the fly-over itinerary.

As part of the Air Force Salutes flyover program, the two C-130s flew in a salute to Montana's first responders on the front lines. One plane flew from Great Falls to Lewistown, before heading north to Harlem. From...