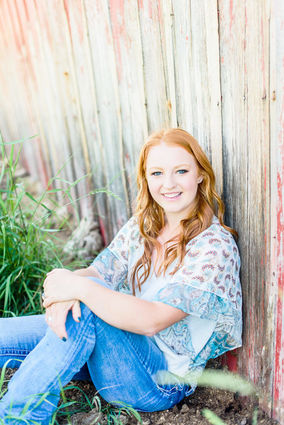 Chinook High School continues to recognize the efforts of their honor students. To earn Honor Student status, a senior student must have a cumulative 3.0 grade point average or higher. Many of these students are not only high achievers in the classroom, but are high achievers in all areas of the school environment.

Alyssa is the daughter of Allen and Trisha Gruszie. Alyssa has been in FFA all four years of high school, serving as sentinel, reporter, and vice president and is the current president of the group. In FFA she has been the recipient of several awards, Star Discovery, Star Chapter Greenhand, Star Chapter Agribusiness and Chapter Degree. She has also been a Basketball manager, played Volleyball as a sophomore and participated in Cheer. Alyssa is a four year member of the Golf team, qualifying for state and placed gold in the Down Under Sports tournament in Australia. She has been on the float committee, DC Club and Pep Club as well as being very involved in JUMP. Alyssa has held offices in 4-H for seven years, as historian one year, vice-president two years and president four years

Sally is the daughter of Lance and Karleen Halingstad. Sally has been in Cheer and active in Pep Club for four years. She has been on the honor roll all four years as well as playing Vvolleyball two years, Track one year, FFA one year and JUMP one year. Sally also was on the float committee as a sophomore, prom court as a junior and a FCCLA member the last two years.

Raynee is the daughter of Stacey Hasler-Elliot and the late John Hasler. She has been active in Cheer and Track for four years and also was class secretary as a freshman and class president the last three years. Raynee has been on the honor roll all four years of high school and earned Academic All-State each year for cheerleading and track. She also participated in Speech and Drama where she earned Academic All-State. Raynee received All-Conference Track and Outstanding Track award along with MVP in cheerleading. She has been a member of National Honor Society for three years and held the secretary office. Raynee is active in HOCUS, attended HOBY, was a DC club member, a Pep Club member, part of the snoball and prom committee and was voted prom queen. Raynee has also been active in 4-H serving as camp counselor and holding offices of secretary and vice president as well as belonging to the teen leaders.

Jasmine is the daughter of Julie Klingaman. She has participated in Pep Band, Cheerleading and Pep Club four years. Jasmine was awarded Greenhand and Discovery degrees in FFA, Cheer Most Inspirational and Academic All-State. She was cheer co-captain and student council class representative her sophomore and junior year and senior class secretary. Jasmine was a part of the snoball and float committees, on the yearbook staff, a DC club member and has been consistently on the honor roll.

Kendra is the daughter of Mike McMaster and Ronda Buckingham. She has been in FFA four years, where she has received the Discovery, Greenhand, Chapter and State degrees. Kendra has played Golf four years, and also competed in Volleyball and Basketball. She received Academic Excellence in sports, has been on the honor roll all four years as well as being class representative for student council every year. Kendra was on her class float committee, is OSHA certified and a National Honor Society member where she currently holds the office of vice-president.

Hunter is the son of James and Karla Neibauer. He has spent four years playing Basketball, earning All- Conference, All-State, Hi- Line Tournament team and Treasure State Northern C team. Hunter has been on the honor roll all four years of high school, and part of student council, serving as class vice-president freshman year, class representative sophomore year, student body vice-president as a junior and currently holds the parliamentarian office. He was also on the snoball committee and a BPA member.

Natalia is the daughter of Nathan and Leslie Pomeroy. She earned the Greenhand degree in FFA and has been on the float, snoball and prom committees. Natalia is consistently on the honor roll and has been a National Honor Society member for three years where she currently serves as president. She has also held class offices of vice- president and secretary. Natalia was active in Pep Club and Cheer as wellJase Pursley 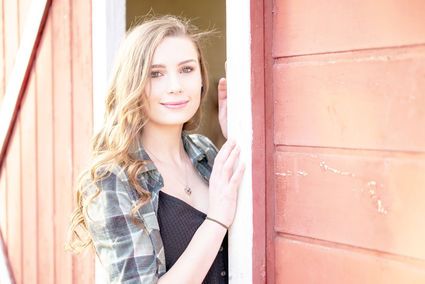 Jase is the son of Wade Pursley and Nancy Lybeck. He has been involved in FFA for four years where he is currently serving as secretary. He has earned Discovery, Greenhand, Chapter and State FFA degrees. Jase is a four year member of Speech and Drama and Track, he has received Most Improved and Most Inspirational awards in track and has several state placings for speech and drama. He also was a member of the Cheer squad for three years and received the Most Valuable award. Jase attended HOBY, was on float, snoball and prom committees, and was a member of DC and Pep Clubs. He is the senior class vice-president, has been on the honor roll, and received Academic All-State four years.

Kurtis is the son of Hope Hamilton. He has been active in Football and Track for four years, he was also involved in Wrestling and Cheer. Kurtis attended HOBY and Boys State and was on float and prom committees, as well as on the honor roll. He is also a member of FCCLA and FFA, he was awarded Outstanding Freshman, Outstanding Sophomore and Outstanding Junior in FFA and has served as second vice president for the last two years.