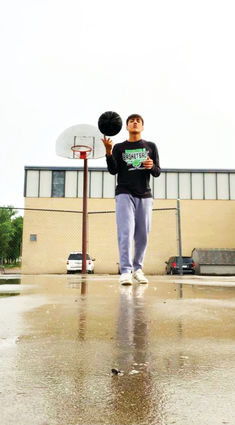 Chinook senior basketball standout Ethan Bell has been selected to play with the prestigious Warrior Movement and recently posted a public service announcement encouraging people of all ages to be active, get outside and enjoy the weather and exercise. Bell relishes his role and looks forward to leaving a positive impact on the youth of the community

Former Arlee Warrior Head Coach Zanan Pitts had one of the most successful runs in Class C Boys Basketball history. Under his reign the Warriors won multiple State C Tournaments and were the first team in Class C History to qualify for four consecutive state tournaments. While his teams accomplishments on the court are forever etched in history, Pitts achievements off the court are legendary.

In February of 2018 Pitts, Pend d'Oreille first descendant, helped oversee the development of the "Warrior Movement".