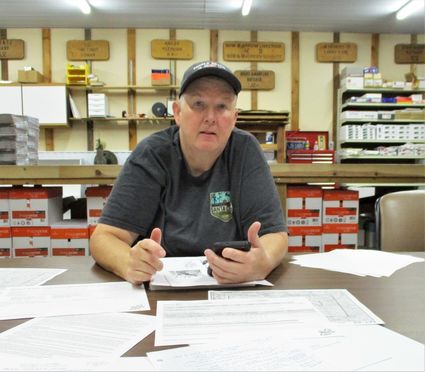 Toni Collins volunteered the last two years as a "citizen-scientist" collecting date about Short-eared Owls, a climate-endangered species common to the open-country of western states. She joined 600+ volunteers across eight western states to conduct the three-year study.

Many readers know Toni Collins who works at Finley's Food Farm in Chinook. Some may know she's an avid outdoor photographer, especially for wildlife. Likely few readers know Toni's a "volunteer, citizen-scientist" who's been collecting data for a regional study of Short-eared Owls (SEOWs) over the past couple of years. With a minor in biology from Pacific University, working with the study was an opportunity to apply some of what she had learned in college. Six hundred volunteers across eight western states worked on the three-year study about the owl.

About the Western Asio Flammeus Lands...