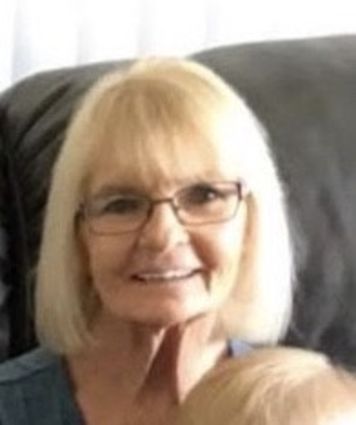 Karen was born December 14, 1947 in Glasgow, MT to Edgar and Toni Garwood. She was the second of three children. She grew up and attended school in Nashua, MT. Graduating from Nashua High School in 1966, Karen continued her education at the Beauty School in Billings.

On November 4, 1967. Karen married Gary Stearns and in 1968 Steven was born and they moved to Lewistown, MT. Gary had a job with Montana Power and Karen began working at a Beauty Salon. Their family grew with the addition of Scott. Soon Gary was transferred to Billings, MT and Karen became a "stay at home" Mom, raising the two boys, they soon added a baby girl named Shari. Within 3 years Gary was again transferred. This time to Malta, MT, a little closer to the farm, were Karen started hair dressing again. They spent 10 years in Malta and then moved to Harlem, MT to finish raising their little family. In Harlem, Karen held several different jobs. She managed the first liquor store in Harlem, and was a teller for the Bank of Harlem. She was there several years before taking a job at Harlem Lumber and retired in 2014.

In Karen's younger years she enjoyed hunting, fishing and gardening. After raising their kids, she took up golfing and quilting. She loved golfing with her good friend Barb and taking short trips with family and friends. Karen attended the Lutheran Church and became involved in community activities. She donated her time and some of her beautiful quilts that she loved making. She was an active member of our local Quilting Guild, Secretary for the Harlem Golf Club and a member of the Domestic Engineers. Every year Karen supported the Harlem Seed Show by volunteering and making quilts. She would help-out where ever she was needed.

Karen is survived by Gary Stearns, her husband of 52 years, their three children; Steven (Tami) Stearns, Scott (Amber) Stearns, and Shari Stearns and her grandchildren; Shenia, Sade, Lacey, Trinity, Kellen, Grayson, and Cashton. Also her brother, Ron (Patty) Garwood of Nashua, MT and sister, Diane (Scott) Forbes of Apache Junction, AZ. Karen had 12 nieces and nephews. She will be missed by family and friends.