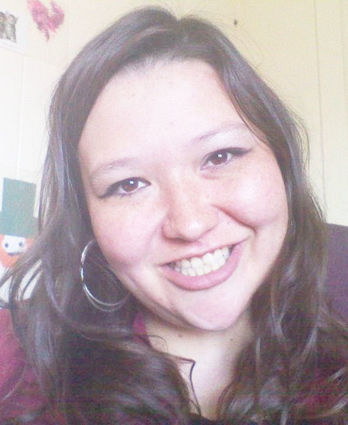 Brianne Marie Hawley, Assiniboine Woman, 35, passed away due to natural causes at the Fort Belknap Indian Health Services on Monday, July 20, 2020. Cremation has taken place, and a private family graveside service will be held. Holland & Bonine Funeral Home has been entrusted with arrangements. Please visit Brianne's online memorial page and leave a message of condolence for her family at http://www.hollandbonine.com.

Brianne was born on June 23, 1985, in Havre, MT to Deborah Vialpando-Gone and Timothy Healy. She was raised in Harlem, MT and Riverton, WY, graduating from Harlem High School in 2003. After high school, Brianne attended Montana State University. In 2006, she married Tristin Harkins, and from this union two children, Cadence and Aidan, were born. Brianne then went on to attend MSU-Northern, from where she received her Associate of Applied Science degree. While at Northern, Brianne met Charles Hawley, and the couple began dating. They married on November 12, 2013, in Fort Belknap and from this union one child, Peyton, was born. Brianne was a very intelligent young woman and possessed a love of learning.

Brianne was a very outgoing, plain speaking young woman who wore her heart on her sleeve. She loved all genres of music and dancing. Watching movies, especially with her husband and children, was a favorite pastime, and she really enjoyed posting memes on Facebook. She was a great cook, and loved to cook fideo for her family. Her sense of humor was quirky, but her family loved her joking around. Brianne was an avid Broncos and Bobcat fan.

She was preceded in death by her dad, Raymond Gone; and grandparents, Gilbert Vialpando, Raymond and Irma Gone, and Curtis Ball; and godfather Victor Miller.