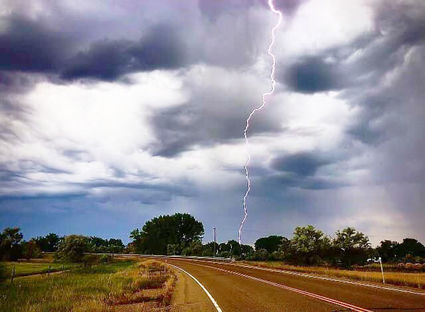 The dog days of summer as July and August are often referred to, are known for warm, some would say hot temperatures and often times a front will move in causing a rapid temperature drop. This produces some pretty electric thunderstorms. July and August thunderstorms raise the fire danger levels. Monday's storm produced significant moisture but that didn't stop it from causing a handful of small fire in the county.

A Noon Thunderstorm came out of the west Monday, bringing with it a very dynamic lightning show. The storm produced several bolts that made contact with the ground and stayed lit...