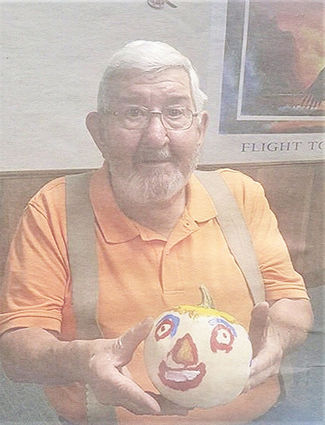 Clarence "Dale" Wendland, 84, passed away at Northern Montana Hospital on Thursday, July 23, 2020. Cremation has taken place, and memorial services will be held when his family and friends are able to gather to celebrate his life. Dale's family has suggested memorial donations be made in his name to the Hi-line Sletten Cancer Institute, 40 13th Street W, Havre, MT 59501. Holland & Bonine Funeral Home has been entrusted with arrangements. Please visit Dale's online memorial page and leave a message of condolence for his family at http://www.hollandbonine.com.

Dale was born on July 7, 1936, in Havre to Clarence and Frances (Heck) Wendland. The oldest of five children, he was raised on the family farm outside of Rudyard, where he attended school. Dale graduated from Rudyard High School in 1954, and worked on the farm until 1958 when he was drafted by the US Army. During his service, he spent time stationed at Fort Ord in California, Fort Dix in New Jersey, and Germany. Following his honorable discharge in 1960, Dale attended the railroad school in Spokane, WA, and soon after returned to Hill County where he began working for the Great Northern Railroad. He spent his early career working in Harlem, Hogeland, and Whitewater as the depot manager. It was while working there he met Kathleen Burrell who was attending Northern Montana College. In 1972 the couple were married in Cut Bank where Dale was working. They continued to move around the state wherever work took him, including Great Falls, Conrad, and Butte. During this time, they welcomed their first two children. The couple returned to Rudyard in 1978, and shortly after they welcomed their third and youngest child. They settled into Rudyard to raise their kids while Dale worked as the depot manager there and in Hingham. When the depots closed, Dale transferred to the materials department in Havre. Not wanting to uproot his family, he made the round trip from Rudyard to Havre every day for many years. In 1996, Dale retired after a career spanning over three different railroads, the Great Northern, Burlington Northern, and BNSF.

Dale was a friendly, outgoing man who never met a stranger. He volunteered many years as a first responder for the Rudyard ambulance. He also spent several years serving as the president of the Rudyard Water Board. He loved to joke around with his family, and he adored his children and grandchildren. He was also very caring and generous, eager to help others in any way he could. Dale enjoyed hunting, fishing, camping, and collecting guns. He was an avid reader of newspapers and magazines. He was always ready to lend an ear and offer advice to his children. Many times, when we didn't know what to do, the answer was always "ask Dad".

He was preceded in death by his beloved wife, Kathy Wendland; parents, Clarence and Frances Wendland; and an infant sister, Teresa Wendland.