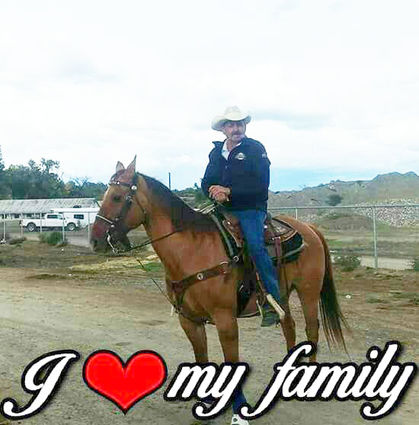 Edward Thomas Filesteel, ʔᴐᴐʔohuh (Filesteel), born July 16, 1961, passed away at Beaver Creek, MT Friday, August 7, 2020. He passed away doing one of his many loves, riding his iron horse.

Edward Thomas Filesteel, Jr., also known as "Tom" was born on July 16, 1961 to Edward Joseph Filesteel Sr. and Faye Dean Plumage. He was a beloved resident of Hays and Fort Belknap, Accomplished Team Roper, Champion Pool Player and King of the Hi-Line, Rancher, strong Gros-Ventre advocate, Heavy Equipment Operator, Member of the Fort Belknap Tribal Housing Authority Board of Commissioners Gros-Ventre Representative, as well as on the Amerind Board of Commissioners Tribes Protecting Tribes.

His grandchildren were his pride and joy. His horses were strong and very beautiful. He enjoyed his ranch and thrived on making it the very best it could be and always to the highest standards. He was a model of honor, integrity and ethics for his children. He instilled in them to always perform everything with full compassion and completion. He loved to feed all of his family and have celebrations and gatherings where everyone can visit and laugh together. He enjoyed watching his children and grandchildren dance at pow-wows and loved to have a beautiful camp at the Sundance. Tom was a very charismatic, loving and humorous man that always left you with a smile.

Tom had many friends dear to his heart that he considered family...too numerous to list...please know that he loved all his people with all his heart. The family thanks you for your attendance and appreciates all the Prayers and Heartfelt Condolences. Due to Covid-19 Tom's Feed will be at a later date.