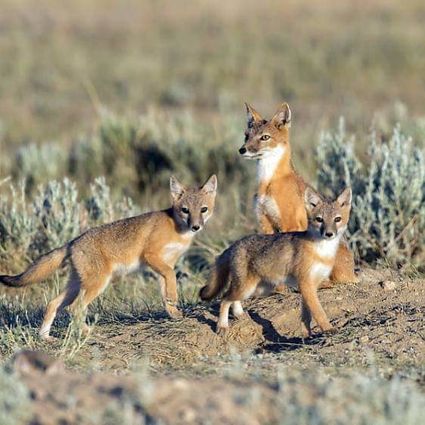 The Swift Fox once were very common throughout Montana and Southern Canada, but numbers quickly diminished significantly in the last quarter of the 1800's and early 1900s. This rapid decline was due in large part to Federal programs aimed at eradicating Coyotes and Wolves from the region. The Swift Fox was caught up in this eradication falling victim to trapping and poisoning efforts meant for coyotes and wolves. By 1969 the Swift Fox was considered to be extinct in Montana and southern Canada. Small groups of Swift Fox still remained in the central and southern portions of its original ran...