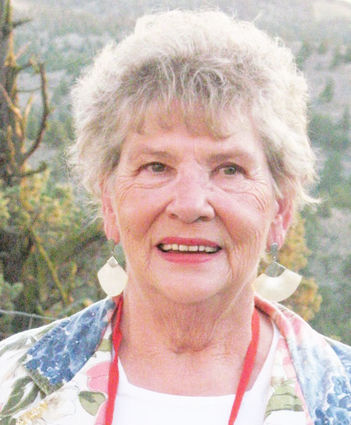 When Minnie McCann was little, a policeman brought her home after discovering the child had "run away." But she was not running away. She had been exploring, Minnie later recalled. Her adventurous spirit never tired throughout her 82 years.

Minnie passed away in her home in Havre in the early hours of August 26 surrounded by family. Minnie Hannicker was born on March 16, 1938, in Havre, Montana. Cars parked outside Pizza Hut in Havre sit where her childhood home stood. She grew up exploring the hills along Bullhook Creek. She graduated from Havre's school system, and swimming and ice skating were among her favorite activities. She wanted to play the piano, but agreed to learn the accordion instead because that could be afforded. She developed penmanship that was distinctly Minnie-beautiful. She became a devout Catholic at a young age and always knew the strength of Jesus.

Over the years, Minnie displayed politeness that marveled. When people called and she answered, they might have thought they'd reached royalty. They had. But her hands were not those of a lady; they were calloused. She worked hard caring for others. In the late 1950s, she trained to be a nurse in Lewistown, Montana. As a freshly licensed registered nurse, she was on her way to an opportunity in Yakima, Washington, when a local rancher, James McCann Jr., asked her to return to marry him. She agreed to his proposal, noting he was a good dancer.

Her zest for adventure did not fade. But the explorations became those associated with raising seven kids on the valley ranch east of Harlem, Montana. She always wished she'd had a dozen children. She became a remarkable ranch wife and mother, providing nutrition and care for not only her husband and kids, but also the many hired men necessary to keep the ranch going. She could not cook a roast on her wedding day, but learned to feed an army well and never complained.

Unfortunately, she was widowed at age 45. She never considered meeting another partner. Jim was a good man, she said, and she saw no point in considering others. Although it had always been one more thing to do during years of constant feeding and cleaning, Jim had encouraged her to keep her RN license current. No one could have guessed what wisdom that was.

After Jim's death, being an RN allowed Minnie to continue exploring. She became a full-time nurse for the Indian Health Service at Fort Belknap, Montana, and after raising her youngest, took opportunities to grow her skillset, focusing on intensive health care. This took her to Anchorage, Alaska, Pine Ridge, South Dakota, Browning, Montana for a time, and then back to Fort Belknap until retirement in 2000.

Minnie cherished her family and was very proud to have 21 grandchildren. She liked when her children and grandchildren succeeded. She loved to laugh and looked for good stories. She liked spooky stuff, if it was done well. She could spot a ruse. She liked to listen to classical music and had a soft spot for Volkswagen Bugs. Her quilts and cookies are legendary. She loved dogs. Maybe most of all, she was always up for an adventure, or a trip. The little girl who wandered off, never stopped wandering whenever she could. 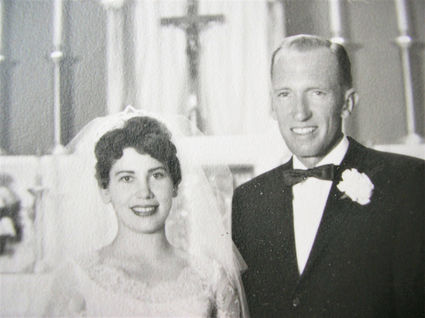 Minnie requested a small remembrance service to be attended by her family and for her ashes to be buried next to her husband in the Kuper Memorial Cemetery near Chinook, Montana.

In lieu of flowers, memorial contributions can be made to the American Cancer Society, online at http://donate3.cancer.org, by phone at 1-800-227-2345, or by mail at American Cancer Society, P.O. Box 22478 Oklahoma City, OK, 73123. Holland & Bonine Funeral Home has been entrusted with arrangements. Please visit Minnie's online memorial page and leave a message of condolence for her family at http://www.hollandbonine.com.