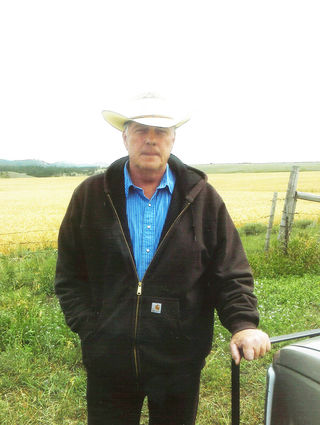 Gerry 'Red' Williams, 60, of Landusky, MT, passed away peacefully in his sleep on Monday, September 7, 2020. Gerry was born on November 18, 1959 in Malta, MT, to Raymond and Margaret (Moore) Williams. Gerry was raised on the Williams family ranch near Landusky and attended grade school in Landusky and Lewistown, MT. He attended high school in Belt and graduated from Dodson in 1978. Gerry married his high school sweetheart, Lorri Durocher, on December 22, 1978 at the Sacred Heart Catholic Church in Dodson. To this union, two daughters were born.

Gerry began working at the Zortman-Landusky Mining Co. in 1977 and after graduation, went to work full time. Gerry devoted all of his free time to helping his father on the ranch and in 1984, he began leasing the farm acreage from his father and from Montana Catholic Missions. In 1994, Gerry and Lorri purchased the ranch and cattle from Raymond and Margaret. In 2004, they added another ranch, purchasing the Montana Catholic Missions Ranch and in 2014, they purchased the Montgomery Ranch. After struggling with illness for several years, Gerry began to retire from ranching, which included leasing the ranch to his oldest daughter Vicki Hofeldt and her husband Dustin.

Gerry was known for his sense of humor, work ethic and his devotion and love for the family ranch. Gerry sacrificed everything to make sure the ranch stayed in the family. His favorite pastimes in retirement were spent visiting friends and family and watching Cops and Live PD (having always dreamed of being a Highway Patrolman). During retirement, Gerry and Lorri enjoyed traveling, spending time with their grandchildren, nieces, nephews, great nieces and nephews and philanthropy. Despite how difficult it was for him to be forced to retire, he was grateful for the opportunity to strengthen his relationships with family and friends.

Gerry was preceded in death by his parents Raymond and Margaret Williams, sister Gaylene Lalum, mother in law Wanda Durocher, brother in law Larry Durocher and sister in law Debbi Painter. A celebration of life is to be held at the Williams' Ranch on Saturday September 26, 2020 at 11 AM.