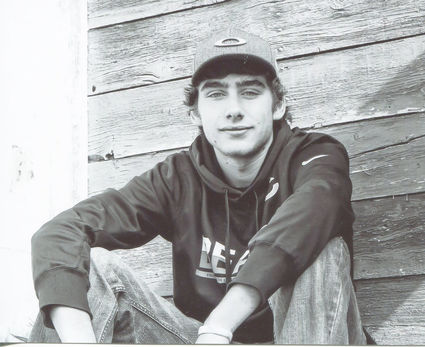 Payton was born December 12, 2000 in Havre, Montana to Leve Jones and Rachel Smiley. He graduated from Chinook High School in 2019 and started working with Uncle Casey at Northwest Security. Payton seemed to really enjoy that type of work, but loved to take hunting season off to help his dad process wild game at Lev's Meat Shop. Payton also caught his share of baby gophers while growing up, which because of the TV series 'Deadliest Catch', catching gophers being "crabbing season", his dad's pickup being nicknamed "Northwestern", he ended up with the nickname "Horn," short for greenhorn. His friends dubbed him Patrain or "Train" for short.

Payton grew up spending a lot of time with his grandparents. Papa taught him how to weld and would bribe him with breakfast to help on projects such as his motorized tricycle. He was Gramma Linda's kitchen help and best hugger. Gramma Rose brought him a homemade breakfast sandwich and a cup of coffee every morning when she picked him up for school until she was no longer able to do so. Payton helped Grandpa Kenny in his garden and selling his produce at the farmer's market. During the summers Payton would go to Rushville, Nebraska to spend time with Aunt Jackie, or as he would say Jᾱ-kwellan and his cousin Elijah. The boys were always busy burning things, climbing things and rolling in the mud. Payton also spent time in the summer with his mom, brother and sister in Kansas and would make trips to Indiana from time to time to see Aunt Sarah and rest of the family.

Payton loved football and the Chicago Bears, which he inherited from his dad. Every time the Bears would play, you could find Payton and his dad, in their ritualistic attire, in the garage standing up watching the game. It was their time and if you dared to enter the garage during that time, you'd better be quiet. His dad took him to three Chicago Bears games, one in Oakland with Uncle Fizz and two in Chicago with friends and family. Payton was also in tow for many, many rock concerts from an early age. You could say where Dad went, Payton went. Payton also enjoyed shooting guns, riding dirt bikes, hanging out and gaming with friends online.

A viewing of Payton was held in "the garage" on September 16th for family and close friends. A funeral service was held on Friday, September 18 at 1:00 p.m. in the Blaine County Commercial building. Todd "Fizz" Phares was the officiant. Blaine County Funeral Chapel has been entrusted with services and arrangements. Please visit Payton's online memorial page at http://www.blainecountychapel.com to leave a message of condolence for his family.