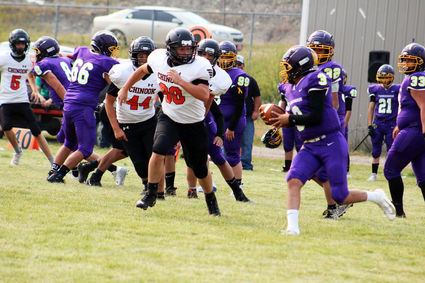 The Chinook Sugarbeeters got back in the win column Friday afternoon in Hays with a 47-0 win over the Thunderbirds. Chinook was coming off an unscheduled bye the previous week after their contest with Fairview was cancelled.

The Sugarbeeters entered the contest with the Thunderbirds with a 1-1 record. Chinook took down Park City in a thriller and then fell at home to the Shelby Coyotes a week later. The 'Beeters played well in both those contest, both of which went down to the final play of the game to decide the outcome.

The 'Beeters made things tough on themselves in both of those contes...