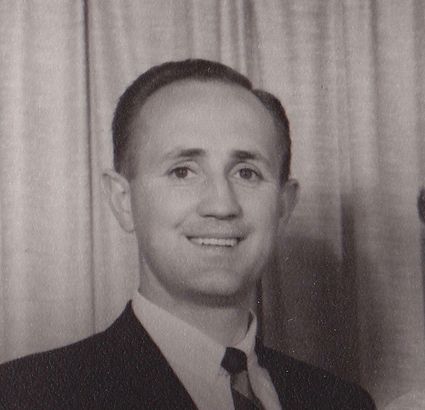 Thomas Jerold Stirland, husband, father, grandfather, brother and uncle passed away on September 24, 2020, in Huntsville, Utah, at the age of 86. Jerold, or T.J. as he was often affectionally called, was born on Easter Sunday, April 1, 1934, in Logan, Utah, to Rulon Godfrey and Louise Seamons Stirland. He was the oldest of six children and lived the first 11 years of his life in Providence, Utah. In 1945 his family moved to Chinook, Montana, where he assisted his father on a farm and helped run their Stirland dairy. Jerold attended Chinook High School and was an outstanding athlete, lettering all four years in basketball and football. He graduated in 1952 and received the award for Outstanding Athlete.

After serving a full time mission for the Church of Jesus Christ of Latter-day Saints in the Swiss-Austrian Mission, he attended Brigham Young University in Provo, Utah, and received a Bachelor of Arts degree in English as well as a teaching certificate and Seminary endorsement. In June of 1958 he married Mary McKay from Huntsville, Utah, in the Salt Lake Temple; they became the parents of four amazing sons.

He taught Seminary in Wyoming, Utah and Arizona and was an Institute teacher at Weber College in Ogden, Utah, and in various locations in Southern California. He moved to Mesa, Arizona, where he earned a Master's degree and fulfilled requirements for a PhD from Arizona State University.

During his college years he had funded himself and his family by working as a paint contractor. Following his years with the Church Education System he became a full-time painter employing his sons and other youth during their summer vacation months. He contracted work with LDS chapels and churches of other denominations, as well as projects for private homeowners and other businesses. No one's paint job looked better or lasted longer than his did. Eventually he branched out into other ventures-placing racetracks in Los Angeles stadium and other outdoor construction work. Always he supervised his sons and nephews during part of the summer months in hay harvesting in Huntsville, Utah. He was an avid outdoorsman, enjoying river running and hunting. His family owned and bred many horses through the years. In addition to his own sons, many a young man (and some young women) learned a valuable work ethic from him as they hauled hay, ran river rapids, painted and refurbished, learned how to handle a horse and shoot a gun under his supervision.

In retirement he served with his wife for three years as a senior missionary to the youth at Westridge Academy in West Jordan, Utah, literally changing the lives of many young people there. Upon completion of official missionary service, he and his wife settled in Huntsville, Utah, building their large, beautiful dream home-a place where their children and grandchildren could gather. Throughout his life he was a master teacher of youth and also of adults. His entire life he had an eye for missionary service, sharing principles of the gospel of Jesus Christ to all he met with warmth and happiness using his extensive knowledge of the scriptures and his strong spiritual foundation.

He is survived by his wife of 62 years Mary McKay, his sons Thomas McKay, Ryan Jerold, Darren Rulon (Joy Merrill) and Shaun James (Xenia Driggs) Stirland. He has 18 grandchildren and a growing number of great-grandchildren. He is survived also by his sisters Elaine S. McKay and Diane S. Matthews, sister-in-law Barbara Jill Stirland. He is preceded in death by his parents, his brother William Rulon Stirland, his brother-in-law Elmo G. Matthews and two siblings who died at birth. Graveside services will be held with family in attendance at the Huntsville, Utah, Cemetery.