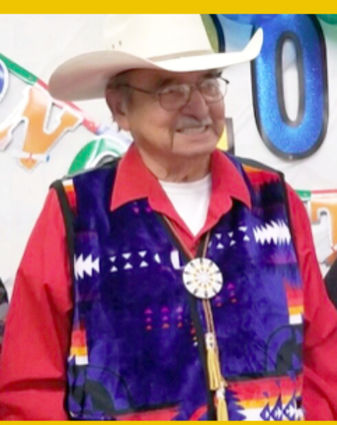 Alvin was born on February 1, 1938 at Fort Belknap, Montana, to Harry Bear Cub and Louise Talks Different, and was adopted by Grandpa Ira Talks Different and Mary Big Beaver Talks Different. He attended school in Lodgepole and the Mission School in Hays.

Alvin married Helen Whitecow on December 19, 1960. In their union, they were blessed with several children. They separated in the early 1980s and divorced 2011. Later Cubby met Peggy Redboy out of Wolf Point, and out of this union came two children Alvah & Avah Talks Different.

He worked for the BIA Maintenance Department, Burlington Northern Railroad, A & S Tribal Industries in Poplar, Mt, and as a Camp Crew Boss for the Fort Belknap Montana Indian Fire Fighters. After his retirement in the mid-1990s, he ran a small lawn mowing business.

Alvin attended Sacred Heart Church at Fort Belknap and St. Thomas Catholic Church in Harlem. Every Good Friday, he was present at the "CrossWalk". He also enjoyed attending Sundance Ceremonies and the sweat lodge to support his children and grandchildren.

Alvin enjoyed basketball games, playing the machines at the casino, and attending pow-wows with his two granddaughters, Avah and Amira, whom he raised.