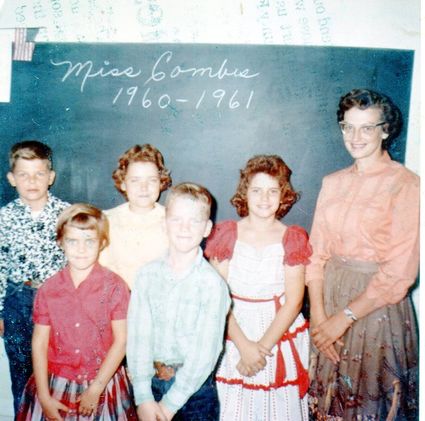 When the Montana Cowboy Hall of Fame (MCHF) and Western Heritage Center (WHC) announced the thirteenth class of inductions into the Montana Cowboy Hall of Fame earlier this month, long-time Chinook resident Lzetta Martha (Combes) Halingstad was among the winners. As the recipient of the Living Award, Halingstad will be honored in an induction ceremony in conjunction with the annual MCHF event gathering in Great Falls the second weekend in February 2021.

Christy Stensland, MCHF and WHC Executive Director, reported that planning for the celebration has already begun. "We have a great group of honorees," Stensland said. "They are so humble when they hear the news of their winning. Often, the nominees' initial reaction is to say, 'Oh, not me - so many other people are so deserving.'"

Such was the case with Halingstad, whose condensed biography follows:

Lzetta Martha Combes grew up on a 40-acre farm in Willamette Valley, Oregon. There, she went to a country school, picked strawberries, and worked in the local canneries as a teen.

After graduating from Forest Grove High School, Lzetta attended George Fox and Evergreen Christian College. While working in Salem, Oregon, she heard there were teaching jobs available in rural Montana. In August 1960, Lzetta packed up the 1950 Ford her dad had given her and drove to Havre, Montana, to check out the possibilities. She ended up teaching in Simpson, Montana, in a one room schoolhouse with a bathroom in the center of the room and a teacherage at one end.

The high plains of Montana were different than the wooded farmlands of Oregon; it rarely ever rained and trees were few; all Lzetta could see for miles were grain fields, and the winters were freezing cold with snow, wind, and more snow.

In 1961, Lzetta moved to the Ada School on Clear Creek 20 miles south of Chinook where she taught for three years. One day while visiting Chinook to shop for groceries, a friend introduced her to a tall, handsome rancher named Harold Bertrand Halingstad. Although they dated, it was not until Christmas 1963-after Harold played Santa Claus for her class-that Lzetta finally fell for the blue-eyed rancher with the big red mustache that turned up on both ends. The couple married on December 29, 1964.

Shortly after her marriage, Lzetta gave up teaching to devote herself full-time to ranch life. This required that she adjust to the homestead house that sat on the bank of Battle Creek. Here, a woodstove heated their home, she shared a party-line telephone, and there was no indoor plumbing or running water. Harold teased her, saying they did have running water – they just had to run to the creek to get it. There was electricity, so after Harold ran to the creek for water, Lzetta would heat it with an electric heater, then pour the water into a galvanized tub for bathing or for rinsing the clothes after she had washed them in her prized Maytag wringer washing machine.

Sometimes Lzetta thought she was crazy for having left Oregon. She was thinking it in April of 1966, when she was about to deliver her first child. Because the creek was high after a spring run-off, Lzetta and Harold had to cross it in a small row-boat. Then they climbed into their 1954 Ford grain truck parked on the opposite bank and headed down the 20-mile washboard-gravel road before driving another 20 miles to Havre to Dr. Leeds. When he heard about her overland trip, he sent Lzetta straight to the hospital. Days later, their son Lars was born. Over the next four years, their daughter, Lori, and son, Lance, arrived. Seven years later their daughter, Lesli, was born. As her children grew, Lzetta enrolled them in 4-H, which involved hauling loads of steers, sheep, pigs, rabbits, and horses into the Blaine County Fair every year.

Lzetta loved tending her large garden and grew a variety of vegetables, canning them for the winters. That Lzetta liked to plant, pick, and cook was fortunate because there were always extra people visiting or working at the ranch: cousins, neighbors, friends, and hired men. In the summertime, everything on the table was grown or homemade by her. Lzetta milked cows, raised chickens, churned butter, and even made cottage cheese and ice cream by hand. She sold cream and eggs to help pay for groceries. When she was not cooking, cleaning, and managing the homestead, Lzetta helped Harold summer fallow the grain-fields, harrow the hayfields, put up square bales, and herd cattle on horseback. When they fed cows with a team, she would pitch hay off the wagon while Harold drove.

Once, while Lzetta was handling the last few bales, the team had a runaway and went over an irrigation border dike in the hayfield, launching her off the back of the wagon. As Harold and the horses went racing on down the field, Lzetta landed in the frozen dirt, injuring her left shoulder. After a worried Harold halted the team, he took his wife to the hospital. With no broken bones, she was back to herself in no time.

Ranch life was not all work. On occasion, along with her son Lance, friends and neighbors would gather with their guitars and fiddles, and anyone who could play a note or carry a tune made music for hours on end.

Lzetta saw Harold's red mustache turn to gray by the time he passed away in 2013. She laid him to rest on the home place on a hill overlooking Battle Creek. The house that she and her father built together by hand over a period of three years when he visited during the summers in the early 70's still stands, but Lzetta doesn't live there any longer. She prefers traveling in her treasured motorhome. Proud that all four of her children still farm and ranch, she delights in working alongside them when she can. As the years pass, Lzetta misses her Harold. She will always be grateful God led her on a lifelong adventure to find her true home, under the blue skies on the high plains of her beloved Blaine County, Montana.

Halingstad was in Nashville visiting her son Lars and his wife when reporters reached her for an interview. "Thank you," she replied upon receiving a congratulatory greeting. "It has been quite a journey, and when I look back, oh boy; I have lots of memories. From butter making and gardening to ranch chores, it's just what we did back then."

Her most memorable moment, however, was her first time in Montana, experiencing a way of life that differed so remarkably from the way that she lived on the west coast.

"Marrying a rancher was always my childhood dream, so I feel blessed that God made that dream come true. In fact, I give credit to God for my life and all its other gifts; He was always with me, and I thank Him for it all," Halingstad said.

One of the gifts she described was the talent of perseverance. "It was a struggle at times in the homestead house before we got the new house built, and there was work to be done every day, but I wouldn't change my life in any way. I enjoyed ranching and being around cattle."

This rancher's wife also spoke fondly of her garden, saying: "The more we can eat from our own gardens, if we have them, the healthier we will be."

Because she bought a recreational vehicle and spends a good part of her time travelling now, Halingstad-at age 83-is still independent, self-sufficient, and courageous. Of her itinerant lifestyle, Halingstand's daughter Lori Unruh said, "I hope we can get Mom back up here in February for the honoring ceremony. She loves to travel, even though she has a mailing address in Turner."

Inductees like Halingstad were chosen from a field of candidates nominated by the general public. They will be honored for their notable contributions to the history and culture of Montana during the Western Heritage Gathering, which in the past has been held at the Best Western Heritage Inn.

According to MCHF and WHC President, Bill Galt from White Sulphur Springs, "The Hall of Fame exists to honor those who have made an impact in their part of the state and represent Montana's authentic heritage for future generations. Our volunteer trustees around Montana vote on nominations that come from the district in which they reside. This process gives the local communities a strong voice in who will represent them in the Montana Cowboy Hall of Fame."