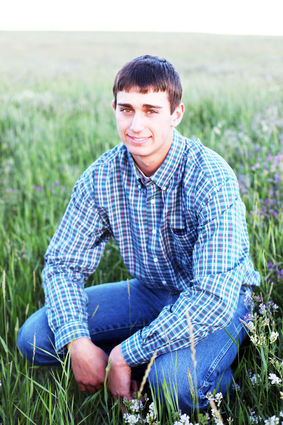 The American FFA Degree is considered the gold standard since it is the highest degree achievable in the National FFA Organization. Earning an American FFA Degree shows an FFA member's dedication to his or her chapter and state FFA association. It demonstrates the effort FFA members apply toward their supervised agricultural experience (SAE) and the outstanding leadership abilities and community involvement they exhibit through their FFA careers.

On their journey to receiving the American FFA Degree, Gunderson and Schneider were required to meet several qualifications, such as securing a State FFA Degree, holding active FFA membership for at least three years, completing secondary instruction in an agricultural education program, and operating an outstanding SAE program.

An outstanding SAE is in part defined by the member's earning at least $10,000 and having productively invested $7,500 with an SAE. In addition to maintaining records to substantiate an outstanding SAE, through which the member has exhibited comprehensive planning as well as managerial and financial expertise, applicants must also show evidence of superior leadership abilities, extensive community involvement, and scholastic aptitude, achieving a "C" average or better. Furthermore, they must have participated in at least fifty hours of community service within at least three different community service activities. These hours are in addition to and cannot be duplicated as paid or unpaid SAE hours.

Beginning his FFA membership in 2014, Schneider graduated from Chinook High School in 2019. He currently attends MSU-Northern, where is working on a degree in Diesel and Ag Mechanics.

In his Entrepreneurship SAE with the Animal Systems pathway, Schneider raised market hogs and steers for sale at the Blaine County Fair. He also developed a herd of cattle through a breeding program. To pay for all of the animal feed and boarding of the animals he kept on Schneider Farms for eventual show and sale at the fair, he performed exchange labor.

To demonstrate his community involvement over the years, Schneider performed volunteer service with Blaine County Wildlife Museum, the Harlem Seed Show, and the Community of Harlem collecting food with the St. Thomas Catholic Church for the Harlem Food Bank.

Gunderson followed a similar path, starting her FFA career in 2014 and graduating from CHS in 2019. With money generated through her Entrepreneurship SAE with the Animal Systems pathway, she is currently attending Radiology Technician School at Billings City College.

"Throughout the year of 2019, I assisted my parents in maintaining their livestock. In return, they let my cattle graze on their land. By working for Bahr Gunderson Ranch, I receive a labor exchange to pay for my animal expenses as I continue to build my herd," Gunderson reported.

Most of Gunderson's service hours came through the Jesus Uses Motivated People (JUMP) organization. With JUMP, she attended various mission trips to feed the homeless or to interact with children that have traumatic injuries.

Because of restrictions on large gatherings, the National FFA Convention won't be held as an in-person occasion. Instead, event organizers promise an "excellent virtual experience" with their FFA Connection Rooms offering "the next best thing." Sessions began on Tuesday at 11:30 a.m. EDT and included activities like an FFA quiz, scavenger hunt, and a dance party. These will enable members from across the country to interact and get to know one another.

Another feature, the FFA Blue Room includes twelve live sessions with speakers like Kevin Scott, Executive Vice President of Technology and Research and Chief Technology Officer of Microsoft. On Tuesday evening, Scott delivered his address, "Envisioning Your Future: Artificial Intelligence in Agriculture." For a full schedule of the speakers and the convention, interested individuals are encouraged to visit https://convention.ffa.org/schedule/. 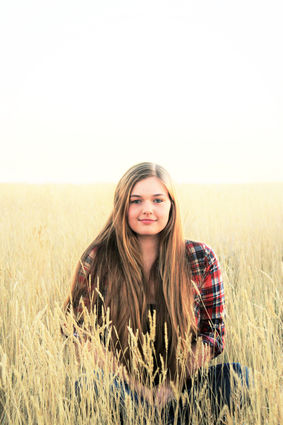 However, one of the primary reasons for the gathering is to pay tribute to various members' accomplishments over the past year. Gunderson and Schneider will receive their American Degree during an awards ceremony that will be aired on RFDTV from 8:45 p.m. - 10:00 p.m. EDT.

"As the new Chinook FFA Chapter Advisor, I don't know much about either student, but this is a very big honor," Karyn Billmayer stated.

According to event organizers, this year's National FFA Convention & Expo is all about growing the next generation of leaders. "No matter where you are in FFA, you'll find inspiration and direction to become a leader and influencer, ready to make an impact. During this digital affair, find out who you are, who you want to become and how you can change how the world grows," a spokesperson said.