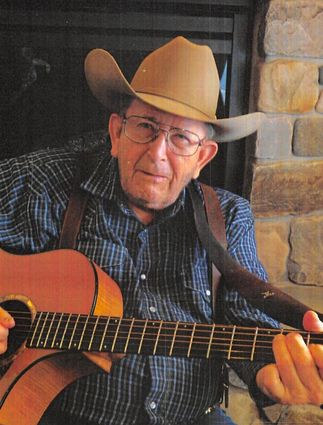 James F. Faber, 78, passed away due to complications from Parkinson's disease on Monday, October 12, 2020 at Northern Montana Care Center. Private graveside services were held in Calvary Cemetery with Deacon Tim Maroney officiating. A celebration of life will be planned for a later date when it is safe for family and friends to gather. Jim's family has suggested memorial donations be made in his memory to St Jude Thaddeus Catholic Church, Hill County 4-H, North Central Senior Center or the charity of the donor's choice. Holland & Bonine Funeral Home has been entrusted with services and arrangements. Please visit Jim's online memorial page and leave a message of condolence for his family at http://www.hollandbonine.com.

Jim was born March 6, 1942 at the family ranch in the Bear Paw Mountains, the fourth of five children born to Paul and Alvina (Luoma) Faber. He was raised there attending Faber School and Havre Central, graduating in 1960. In his early teens, Jim discovered his love for music and his God given talent for playing any instrument he picked up. He didn't just play music, he made music and had recorded several record albums and CD's. That love for music would remain with him throughout his lifetime.

After high school, he entered the Army National Guard and served until his honorable discharge. He then began working and traveling until his younger brother passed away, at which time he returned home to ranch on the family homestead and care for his parents.

Over the years, Jim (the Music Man of the Hi-Line) played music all around Montana for dances, fairs, Cowboy Poetry, churches, exercise classes, jam sessions, fiddle contests, nursing homes and senior centers. He was a consummate entertainer and performer. Though he was not always comfortable making conversation, he could sing or play any musical request without hesitation. In 2015 he was awarded the Montana Health Assoc. Adult Volunteer of the Year award for nearly 20 years of performing for care center residents and senior citizens. Entertaining gave him great pleasure, as he knew how others were uplifted and enjoyed hearing the old-time tunes.

Jim was the epitome of a gentleman, as he was kind and soft spoken in all that he did. He lived the Golden Rule and was a living example of gentleness, kindness and faithfulness.

As music was his passion, genealogy was his hobby. He performed extensive research into his family discovering many, many relatives all over the country and around the world. Jim enjoyed research at the Salt Lake City Family History Library and a trip to Wisconsin to meet and tour Faber homesteads with relatives there.

He was a blood donor, member of St Jude's Catholic Church, Knights of Columbus, Toastmasters and was a charter and long-time member of the Bear Paw Volunteer Fire Department. He loved travel and found beauty everywhere he went, always photographing everything and everyone he encountered.

He was preceded in death by his parents, Paul and Alvina Faber; younger brother, Don Faber; sister Jean Hickel; and brothers-in-law, Roger Hickel and Ken Ausk.

Jim is survived by his long-time best friend, Patricia Ihnot of Havre; brother, John (Ginger) Faber of Conrad; sister, Phyllis Ausk of Columbia Falls; 12 nieces and nephews; and a multitude of cousins.