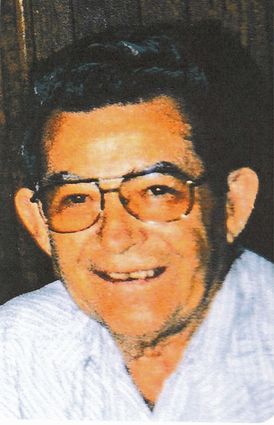 Dad went home to heaven to be with Mom, Roberta, who was the love of his life. He was 88 years old when he passed on October 4, 2020, in the care of the staff at Rocky Mountain Care Center & Hospice.

Dad was the first of seven children born to Marion Friedrich and June Amy (Toole) Kel-ley on November 25, 1931 in Bozeman, MT. He went to school through the 8th grade and got his GED while serving in the US Army. He also went to Vo-Tech while living in Butte, MT and studied Architecture.

Dad and Mom were married on May 23, 1953 at Hope Lutheran Church in Bozeman, MT. They honeymooned in Butte, MT. They were married between Mom's Baccalaure-ate and Graduation ceremonies.

Dad was a Korean War Era Army Veteran. He served at Eniwetok Atoll and Bikini Atoll for the Atom Bomb, Radiation and Nuclear Tests. He had tonsils when he went there; but when he came home his tonsils were missing. The ship he was on, blew up and he was severely burned. He was honorably discharged under a Medical Injury.

He worked as a laborer most of his life, everything from Farm and Ranch work to build-ing the Minute Man Missile Silos in Central Montana to working at Stauffer Chemical in Rocker, MT. He retired with 100% Military Disability in the mid 1970's.

Dad and Mom were Rockhounds and raised four Pebble Pups: their daughter, Anndri-etta Moore, and their sons, Michael, Patrick, and David Kelley. He enjoyed Leather-work, Woodwork, and painting wood items for Mom's Rosemaling. Dad loved the out-doors: hunting, boating, camping, fishing, and playing cards, mostly Pinochle and Cribbage. He never met a seafood he did not like, especially shrimp any way you cook it. Dad's outgoing nature led him to make friends everywhere he went.

Services will be held at a later date. Please visit http://www.aswfuneralhome.com to offer a condolence to the family or to share a memory of James.