Rivals get past Chinook 3-2 in Regular Season Finale, District 7C up Next 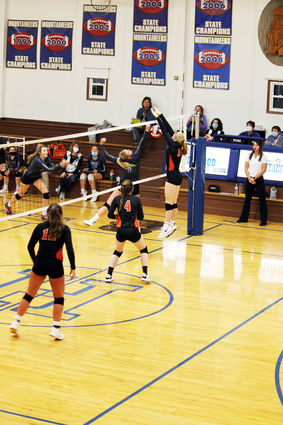 The Chinook Sugarbeeters closed out the regular season on the road Friday night against the Geraldine/Highwood Rivals. The Sugarbeeters won the first match between the two teams 3-1 but the second time around it was the Rivals picking up a hard fought 3-2 win.

Chinook got off to a good start, winning the opening set 25-17. The Rivals would even the match at a set a piece with a 25-21 win in set number two. Chinook regained the advantage again, winning set number three 25-22. The Rivals however were able to close out the match with a narrow 25-23 win in set four and a 15-13 nail biter in set...