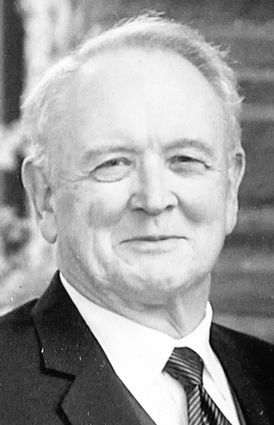 Scott was born to Dr. D.S. and Marjorie MacKenzie in Rockford, IL in 1942 and raised in Havre, Montana, where he attended Devlin Elementary School and graduated from Havre High School in 1961. He went on to attend the University of Montana on a ROTC scholarship and was a member of the Phi Delta Theta fraternity. While working as a "house boy" at the Tri Delta sorority, he met his future wife of 53 years, Shirley Williams. They were married in Anaconda, MT on June 10, 1967.

Upon graduating UM in 1966, Scott joined the U.S. Army as a commissioned officer serving for two years including a tour in the Vietnam War with a medical platoon of the 9th Infantry Division. After his service in the Army, Scott attended law school at the University of Montana. Soon after graduating in 1972, he joined his childhood friend Bill Solem in the firm of Burns, Solem and MacKenzie in Chinook, MT.

Scott served as Chinook City Attorney for 30 years and had a stint as Deputy County Attorney under partner Solem. He remained in Chinook for 48 years raising four children and serving the community in many ways. He was an enthusiastic and vocal supporter at Sugarbeeter games, a founding board member of the Blaine County Museum and the Blaine County Wildlife Museum and a long-term member of the Northern Montana Hospital Board.

Scott loved animals and raised everything from cattle to horses to tropical fish. His true passion though, was collecting and dealing antiques, especially Montana historical documents. He owned two different antique stores in Chinook, Smackie's Antiques on U.S. Highway 2 in the 70's and 80's and MacKenzies' Antiques on Main Street from 2005 to present. When not wheeling and dealing antiques, Scott loved attending Montana Grizzlies football games, commanding an annual goose hunt in Malta and spending time with his grandkids (Patrick, Camden, Colt, Duncan, Stephen, Ollie, Nolan and Maxine) who knew him as "Poppy".

A celebration of life will be held a later date due the effects of COVID-19. Funeral arrangements have been entrusted to Wilderness Funeral Home.