Jacks were played for fun and survival 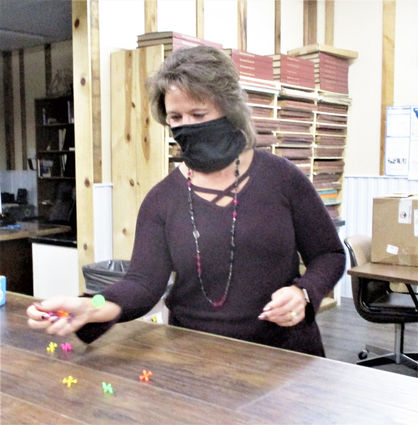 Keri Hanson shows how to use the same hand to toss the ball, pick up one jack and catch the ball on the first bounce with the same hand during a round of "onesies." She said, "Once upon a time I was a pretty good player." She has not lost her touch.

A few weeks ago I did a story about marbles, a kids' game once mainly played by boys. To keep a gender balance in my writing, I decided to take a look at the game of jacks, a game I best recall as dominated by girls back in my school days. I had no sisters so have very little first hand experience about the game of jacks. But, I recall playing jacks with our daughter, now fifty years old, when she was just a tyke. Like marbles, the game of jacks seems to have slipped in to obscurity, not likely familiar to school girls in this era of devices and technology. With that I decided to learn more...