A Season Like No Other: 'Beeters Land 4 on Northern C All-Conference 2nd Team 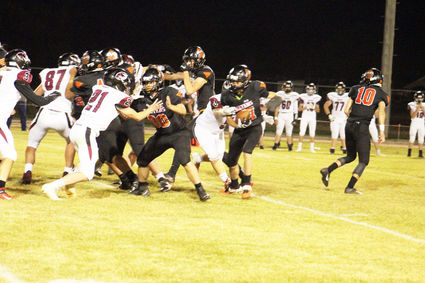 High School football throughout the state was impacted greatly by Covid-19. Cancellations, postponements and even lost seasons were prevalent. Teams in Blaine County all had to deal with a multitude of requirements just for the possibility to play.

The Hays/Lodge Pole Thunderbirds were hit the hardest, having to cancel their season after just one contest. The Thunderbirds were shut down after a dramatic increase in the number of cases on the Fort Belknap Indian Reservation.

The Harlem Wildcats won their first two games of the year and were sitting at 2-2 when their season was halted by the...