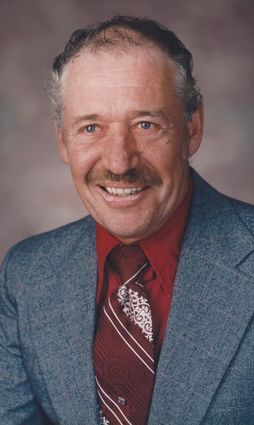 Jerome (Jerry) Pyette, 79, passed away of natural causes November 23, at his home in Chinook, MT. A graveside service was held Saturday, November 28th at 11:00 a.m. at Kuper Memorial Cemetery in Chinook. Jerry was born March 6, 1941, in Havre, MT to Jerome and Bernice (Heeter) Pyette. He was raised in Chinook, graduating from Chinook High School in 1960. He married Ellen Sodergren September 16, 1961. Jerry and Ellen raised their family in Chinook where he worked as a general contractor for many years. During this time, Jerry was active in the National Guard where he worked as a truck driver. He was grateful to meet other guardsmen who would become lifelong friends. Jerry was passionate about many things during his life. He loved his family and took great pride in his children, grandchildren, and great grandchildren. As a young father, he took his family camping frequently and enjoyed the outdoors. He loved playing cards. He was a great poker player and arguably the best cribbage player in the world. He excelled at building things. He built beautiful homes for his family and many structures in the community. The Fraternal Order of Eagles held a special place in Jerry's heart. Not only did he enjoy many, many social occasions with family and friends, he served as Montana State President for the 2006-2007 year. During his year in office he set up a scholarship fund for graduating seniors of Eagle's members that he was very proud of. Jerry is survived by his wife, Ellen, his daughters and sons-in­ law Elizabeth and Eric Holmes and Christine and Tim Thackeray, his son and daughter-in-law jay and Dana Pyette, his grandchildren, Carly and Jake Holmes, Jessa and Ty Pyette, and Bryn, Kiana, and Brandon Robertson. His great grandchildren Reid and Zack Holmes, Riley Gage Evans, and Melody Holmes, sisters, Lynnette (Glenn) Friede, Margaret Pyette, and brother Mike (Twila) Pyette. He was preceded in death by his parents, his brothers, Lee Pyette and Pat Pyette and his sister-in-law Terri Pyette. Arrangements have been entrusted to Wilderness Funeral Homes.