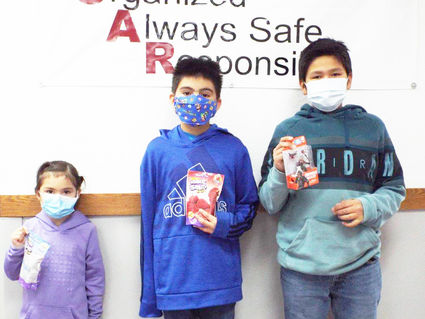 As is their tradition, Harlem Elementary School officials have selected two staff members for the month of November and nine students for the last week of November in their quest to honor inspirational actions and displays of appropriate behavior.

The two distinguished educators for the month of November are fifth grade teacher, Mrs. Cathy Bear, and first grade instructor, Mrs. Rhawnee Hopkins. According to the administration at Harlem Elementary School, Mrs. Bear and Mrs. Hopkins have demonstrated their ability to accept the challenges of this unconventional school year by juggling two separate hybrid in-school groups along with their 100% remote learners. In honoring them, school officials thanked the two women for their "extraordinary versatility" and awarded them with a Domino's gift card, saying "Harlem Elementary is very proud of champion teachers, Cathy and Rhawnee!" 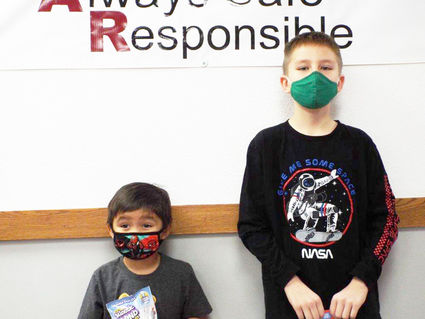 As for the younger Wildcats, the ROARing Students for the final week of November embody the school's ROAR guidelines. In Hybrid Group A, students were selected on Tuesday, and the winners are Timber Werk (K-2nd), Shayl Carrywater (3rd-4th), and Carter Lawrence (5th-6th).

The following Thursday, student names were drawn from Hybrid Group B. Harlan Mount was the Kindergarten through second grade winner, Exavier Bear won the honors in the third and fourth grade group, and for the fifth and sixth grade section, Olivia Newbill came out on top.

Chosen on Friday to represent the 100% Remote Group, students Shadyn Speak Thunder won recognition in the K-2 group, Titan King received the nod in the 3rd-4th grades, and from the 5th -6th grade classes, Alexandra Werk was the winner.

Each ROARing student earned a reward for modeling the ROAR rules outlining Respect, Organization, Always being safe, and Responsibility.