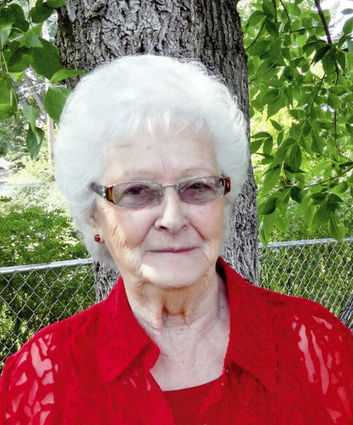 Mary Ann passed away peacefully in her home surrounded by her loving family on December 1, 2020. Mary Ann was born March 31, 1932 in Turner Montana to Leo and Elizabeth Cichosz. She grew up in Hogeland, Montana with her 10 siblings. Mom always said her mother said she was "special" because she was the seventh child of a seventh child. Mary Ann was a cheerleader at Hogeland high school where she graduated in 1950.

That summer her future husband would ride his horse to the family farm to court her. She married Bob Wieweck on December 4, 1950. They had five children, Debbie, Wayne, Al, Doug, and Jean. Bob passed away March 26th, 1974, after 23 and a half years together. She married Earl "Pat" Williams on August 14, 1977. They were married 22 years when Pat passed away on December 11, 1999. Mom drove school bus for Hall Transit for 18 years driving bus #13 the entire time. She was the first bus driver to receive the driver of the year award at Hall Transit.

After the passing of Earl, she was a bus aid at Big Sky Bus Lines until retiring in 2004. She was an avid Eagle member for 43 years. During those years she was an auxiliary president, beam editor, initiated past president gallery, member of the hall of fame, belonged to the clown club and drill team, installing officers at the Eagles Club and at conventions, worked the Friday night hamburger fry and took part in many parades.

Mom loved to crochet and crocheted afghans for her children and grandchildren. She loved to dance and most of all she loved her bingo. Her beautiful white hair drew many compliments.

Services will be held at a later date. Condolences for the family may be shared online at http://www.OConnorFuneralHome.com.