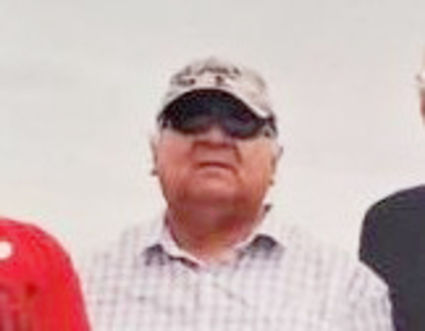 Robert "Bobcat" Azure, age 64, passed away on November 25, 2020 due to COVID-19 related illness at Northern Montana Hospital in Havre, MT.

Robert "Bobcat" Azure was born July 4, 1956 at Fort Belknap Hospital to Evelyn Bigby and Old First Smoke. He was raised by his stepfather, Norman Azure Sr. and grew up in the Harlem area, where he attended Harlem Schools. "Bobcat" was an outstanding athlete, especially in Football where he is well-remembered for his Outside Linebackser ability. Although "Bobcat faced several obstacles in his final high school years, he determinedly finished college and accumulated numerous certificates of excellence for his hard work at Montana Tech and Fort Belknap College. Throughout his younger years, "Bobcat" worked at various jobs ranging from ranchwork to firefighting to being a colleges student.

"Bobcat" was well-known and loved for his outgoing personality and compassion. Although he had no biological children, he was always helping younger people and he enjoyed being called uncle and grandpa by many. "Bobcat" was always collecting different objects, mostly rocks and wood pieces, sometimes stray animals. He was extremely kind and, often, too generous.

"Bobcat" was very proud of and deeply love his nephews and niece: Robert E. Azure (Shawna), Justin Azure, Derek "Sam" Azure, Torrie Friede (Justin), Evan Azure (Nikki) and his grandchildren: Hailey Azure, Jordan Gilbert, Kateri Azure, Alex Azure, Kendrick Azure, and Demri Azure. In turn these, young people unconditionally loved and respected him as their favorite uncle and grandpa; they all were blessed to have so many loving memories.

"Bobcat" had a family viewing on November 29th and was buried at Pony Hill on November 30th.