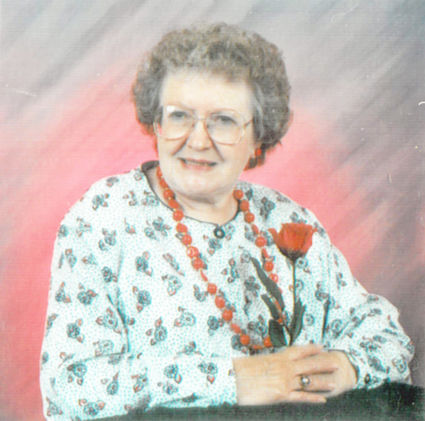 Shirley soared to Heaven singing "I'll Fly Away" as she left the chains of this earth on Sunday, December 20, 2020. Music was always a very important part of Shirley's life as she sang and whistled through her life. She was often the soloist at church in Chinook and Harlem where she lived for the first half of her life. She sang with the 'Lilies of the Valley' for some twenty plus years. She loved the opportunity to be part of this close knit group that entertained in the Bitterroot Valley. Shirley sang and whistled at the Ravalli County Fair as well as at the weekly jam session at the Sapphire Lutheran Home where she lived the last few years of her life. Shirley was a sweet soul with a smile for everyone. She never complained, even in her last days here on earth.

Shirley brightened her surroundings on November 16, 1934, in Harlem Montana. She was the youngest of six children born to Eli and Ruth Reser Gill. Her parents have preceded her in death as well as her four brothers, Blaine, Franklin, Kenneth and Donald and her sister Bertha Porritt. Shirley graduated Harlem High School in 1953 and pursued an art school in Spokane. In February 1957 she married Cecil Richardson and gained four children in the process. They were a handful but Shirley did her best with them and then added two more daughters. She was faithful in church and insisted that all of the children attended church as well.

Her husband, Cecil, preceded her in death in 1986 as well as her stepson, Wayne Richardson, in 2011. She is survived by her daughters Cathy LaWatsch, Sturgis SD, Peggy Gideon Chinook MT. Also surviving are her stepchildren Nancy Williams of Bear, DE; Neva Jo Miller of Havre, MT and Ralph 'Buffy' of Orofino, ID. She is also survived by 24 grandchildren, many great grandchildren and numerous nieces and nephews. She will be especially missed by her best friend, Edythe Waldo at Sapphire, and her granddaughter living in Hamilton who provided Shirley's primary care for the last several years.

Shirley is leaving a vast empty space in our hearts but our loss is Heaven's gain. She is now hand in hand with Jesus and we're sure they are singing together. The family will celebrate her life next summer. Condolences may be left for the family at http://www.dalyleachchapel.com