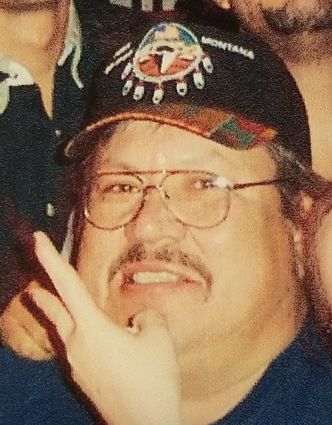 Ronald William LaTray began his life on December 12, 1951. He was the third boy born to John and Sophie LaTray. He came from a family of 7 brothers and 1 sister. He often liked to reminisce about he and his brothers adventures growing up on the North side riding horses and working along side their dad. He attended school in Chinook, graduating in 1971. He excelled in football and wrestling while in High School, and lettered in both sports for three years.

After graduation, Ronnie joined the army where he would be honorably discharged due to a back injury. After the army he moved to Anaconda and began working for the General Construction Company. He began as a laborer and quickly became a pile buck and was one of the most sought after pile bucks in the area. He was proud to talk of his days working in Anaconda and putting in most of the bridges along the interstate around Anaconda and Deer Lodge.

In 1975, he met Toni Boucher and they were together for 14 years. They had two children together Ronald Jr. and Amanda along with 3 step-daughters, Kim, Kathy and Karen. They lived around Havre and Ron later moved to Chinook. He worked for the Gordon Cattle Company and the Fort Belknap Tribe. He retired from the Fort Belknap law enforcement and remained in Chinook afterward. He had a quick witted sense of humor that will be missed by all who knew him.

He passed away peacefully at his home in Chinook on December 21, 2020 from natural causes. He is survived by his mother Sophie LaTray of Chinook, his son Ron (Brandy) of Columbia Falls, daughter Amanda of Whitefish. His siblings Frank(Karen)of Chinook, Buddy of Great Falls,Terry(Julie) of Missoula , Marlin(Deb) of Havre, Gaylord of Shelby, Lyle of Chinook and one sister Joan of Chinook. His grandchildren Mariena, Alex, Teigan and Tavin as well as several nieces and nephews. He is preceded in death by his dad John, brother Lynn and nephew Shannon LaTray.