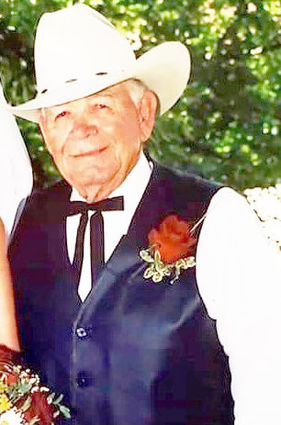 Holland & Bonine Funeral Home has been entrusted with arrangements. Please visit Cranston's online memorial page and leave a message of condolence for his family at http://www.hollandbonine.com.

Cranston was born on October 8, 1927, to Nykee Cranston "Jim" Hawley and Florence Ellen (Morris) Hawley. He was born at Fort Belknap and was the fourth of five children in his family. He was an enrolled member of the Assiniboine Tribe. He attended school in Harlem and joined the Navy at the age of 17. Cranston proudly served his country during World War II. He married an identical twin, Ruth Helen Olafson on November 27, 1947. Ruth's twin, Rose and husband, Dean were close friends and together, they traveled far and wide to go dancing! Cranston and Ruth had five children. Later in life, Cranston married Jesse James who had 3 children and together they had one daughter.

Cranston became the Chief Tribal Judge of the Fort Belknap Reservation in 1956 and served in this capacity until March, 1992. During this time, he was a member of the National American Indian Court Judges Association (NAICJA) for 14 years and was the President of the NAICJA for eight years (1977-1983). In his tenure of the NAICJA, he was instrumental in helping to create the Indian Child Welfare Act (ICWA) of 1978. He was also given the task of training other tribal judges, court clerks, and staff. At one point, Cranston was the longest serving Tribal Judge in the nation. He was a very distinguished leader and the laws he helped put into place continue to serve the people he loved. He was straight forward, honest, and wanted the best for those who went before him. Even when he was officially retired, he remained the Senior Chief Judge and was still willing to help those in need.

Cranston was one of the founding members of the VFW 4744. He helped build the Vets Club building. Cranston often spoke about how honored he was to be able to serve in the Honor Guard for his fellow veterans. His final service in the Honor guard was for his friend, Charlie Brekke in June, 2020.

Cranston was also one of the founding members of the KA-EYTA Company. This was set up to provide employment opportunities and exposure for the Native American creative and artistic people around Fort Belknap and Harlem. It featured bronzes, beading and artwork.

Cranston was predeceased by his brother: Granville, sisters: Phyllis and Audrey; both his wives, daughters: Erin and Nykee.

As Cranny would say, "And that's just life in the great Northwest!" "Ya savvy?